Was Mohali a terror attack? Will let you know, says Punjab DGP

A day after the rocket-propelled grenade attack on its Mohali-based intelligence wing headquarters, the Punjab police on Tuesday said it has leads and will solve the case soon. IMAGE: A window in the Punjab police's intelligence department office in Mohali that was damaged in the blast on May 9, 2022. Photograph: PTI Photo

Director General of Police V K Bhawra, after a meeting with senior officials, told reporters in Chandigarh that a projectile had hit the building and the explosive used in it seems to be TNT (trinitrotoluene).

The rocket-propelled grenade was fired at the third floor of the highly-guarded building in Mohali's Sector 77 on Monday night and the explosion shattered window panes. No one was injured in the incident.

"There was nobody in the room when this incident occurred. The impact was on the wall," the DGP said.

"In the wake of yesterday's incident, we held a meeting in which officers of the intelligence (wing) and the district police chief were present," Bhawra said.

To a question whether it was a terror attack, the DGP said whatever will come out in the investigation, "We will let you know".

The incident is being seen as a major intelligence failure as the office houses the state counter intelligence wing, special task force and some other units.

The Mohali police, however, on Monday had said that a minor explosion was reported at the Punjab police intelligence headquarters around 7.45 pm and had also said that no damage had been reported. 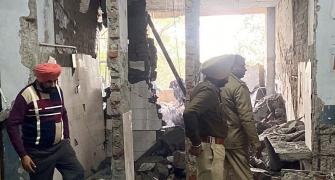 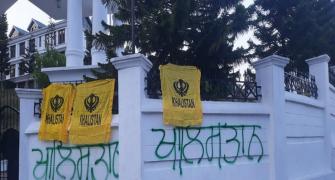 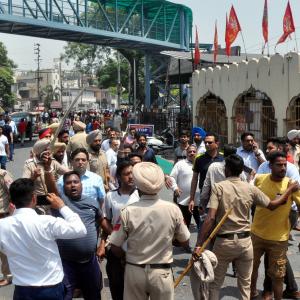