War of words between Cong, BJP over Sujatha's removal 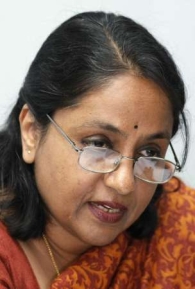 A political war of words erupted on Thursday over the sudden removal of Sujatha Singh as foreign secretary, with the Congress asking Prime Minister Narendra Modi to explain the ‘summary’ decision while the Bharatiya Janata Party defended it as the right of the government.

"The sudden and summary removal of the senior-most woman foreign service official by Modi government raises serious questions on its intent and administrative mechanism it is following," Congress spokesman Randeep Surjewala said.

He noted that the development has come on the heels of similar summary terminations of the Special Protection Group chief, the Defence Research and Development Organisation chief and the Indian Institute of Management director.

"It puts a serious question mark on the administrative consistency and efficacy of actions of the prime minister," Surjewala said. Contending that the action was ‘without reason’, he said the prime minister and External Affairs Minister Sushma Swaraj owe an explanation to the nation.

He said the development was more serious as it had come after ‘supposedly successful’ visit of US President Barack Obama. Surjewala's party colleague and former Information and Broadcasting Minister Manish Tewari sought to link the action to the episode involving an Indian Foreign Service officer who was jailed in the United States two years back for allegedly mistreating her maid.

He tweeted: "Is sacking of the foreign secretary late retribution for her stand on Devyani Khobragade affair? Removal after a Presidential visit 'coincidental'? The government decided to replace Singh curtailing her tenure due to end in August and appointed Jaishankar, ambassador to the US, in her place.

Defending the decision, BJP spokesman Nalin Kohli said the government had acted well within its right to decide on appointment of officers and denied any political motive.

He said it was not an unprecedented action as the Congress governments have also done the similar things.

Hitting back at Congress, Kohli said the then Prime Minister Rajiv Gandhi had sacked the then Foreign Secretary A P Venkateswaran publicly at a press conference in 1987.

"I don't see any reason for a hue and cry. A government is within its rights to decide how it would like to appoint which officers and with what responsibilities. And this is not the first time..... Preceding governments have taken (such) decisions," the BJP leader said.

"When we talk about precedents, such decisions have not been confined to the foreign service. It is an executive decision after all," he said, adding "I do not see any reason that anyone can attribute any political motives. This is the right of the government."

Taking on the Congress for raising questions on the decision, he said, "The Congress party spokesperson can try to do politics or anything. In any case it does not appear that they are inspired by their leadership. That's why their constant method seems to be trying to raise a hue and cry on issues also where there is no scope to do so."

Asserting that there can't be a political motive to everything, he said, "How can you mix it with the appointment of the foreign secretary? A government is within its right to
appoint any officer and this has been done by preceding governments too."