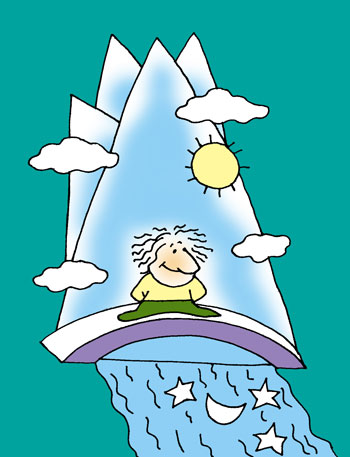 When the government has been so vociferous in demanding an apology from the US for Shah Rukh Khan, may I ask for an apology from my own government for not even bothering to inform me and other 'ordinary' citizens that our passports have been revoked, asks Dr Harsh V Pant.

Even as a difficult endgame approaches in Afghanistan, the Indian government does not seem to have the time to say or do anything even remotely significant to make itself a relevant actor in the regional dynamic. And even as China's rise continues to transform India's strategic environment, the ministry of external affairs in New Delhi remains remarkably lackadaisical in its approach.

But, lo and behold!, Shah Rukh Khan gets detained for some additional checks at an American airport, and the entire might of the Indian foreign policy machinery comes down like a ton of bricks on the US.

The external affairs minister thunders that detention, followed by an apology, has become a habit with the US and could not be allowed to continue.

The minister of state for external affairs lays down a red line, saying that a mere apology would not suffice.

The US deputy chief of mission in New Delhi is summoned to South Block.

The Indian ambassador to the US expressed not just the government's concern, but the concern of the whole nation, 'since Khan is an internationally renowned personality.'

What on earth is going on here!!!

New Delhi is expending its diplomatic capital on a routine bureaucratic matter, whereas issues much more vital to India's national interests are routinely given short shrift.

It has become a habit with New Delhi to express outrage whenever an Indian VIP is subjected to stringent airport checks in the US. Its outpourings of umbrage have become so routine that Washington must be keeping a standard apology ready on its shelves to respond whenever New Delhi acts petulant and flies off the handle.

There are several issues here that paint a rather depressing picture of Indian diplomacy and its priorities.

The first is India's obsession with its VIPs. It must indeed be heartening to the multitude of 'ordinary' Indians to see VIPs getting the same treatment that is meted out to many of them when travelling to the US.

Has the Indian government ever bothered to speak up when its 'ordinary' nationals are subjected to additional security checks? If they can face it with equanimity, so can Bollywood actors, former Presidents and bureaucrats.

In fact, India, ever obsessed with its VIP culture, should learn how to treat everyone fairly.

The fact that, in India, a famous actor or a politician need not even show his/her passport in person before leaving the country is no reason to cry wolf when other countries follow their standard operating procedures.

Then there is the issue of the present incumbent in the ministry of external affairs.

S M Krishna is perhaps, the most inconsequential foreign minister India has had in decades. The fault is not entirely his. Most of the important foreign policy priorities -- the US, China, Pakistan, Afghanistan, nuclear weapons -- are handled by the Prime Minister's Office.

The minister is left to make himself relevant over sundry immigration issues in Norway and airport screenings in the US.

It was Krishna's knee-jerk reaction in the case of the Bhattacharya couple in Norway that ultimately made New Delhi look ridiculous in its diplomatic engagement with Oslo, when uncomfortable questions about the couple came out in the open.

Again, in the recent case of Shah Rukh Khan's airport search, he could not resist the temptation of responding to the drumbeats of 24x7 television news.

The Indian government makes such a hue and cry when Indian VIPs are treated according to normal standards applicable to 'ordinary' individuals abroad. Its own behaviour towards its own citizens, however, is another matter.

An ordinary Indian national working abroad applies for a visa to visit a third country. To his horror, he is informed that a visa cannot be issued because his passport has been revoked by his own government three years ago!

Even though he has been travelling to India regularly, no one has bothered to inform him about his passport. It takes a foreign government to provide the crucial information that the passport he has been using as his primary source of identity has actually not been valid for the past three years.

This is just one story. I am sure there must be numerous others where 'ordinary' nationals are deemed not important enough by their own government and treated callously.

If 'ordinary' Indian nationals do not make a hue and cry about the callous treatment they receive from their own government, then surely it is not too much to ask the government to focus on real issues that matter and not waste time on trivialities.

Indian diplomacy should be an instrument to serve 'ordinary' Indians, not VIPs. 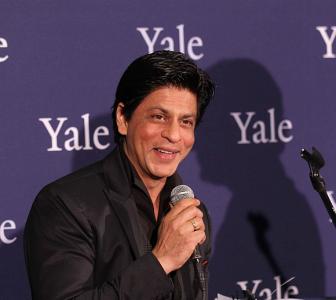 No racial profiling in SRK's detention: US