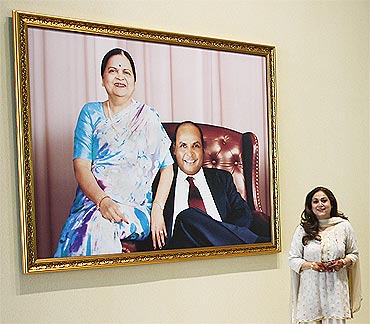 "I want to put India on the global health care map. My team and I want to be a very well established medical facility where people can come from abroad and Indians don't need to go abroad for. I want to make sure that the treatment we have to offer is given to people of every economic strata. That is my wish for this hospital," says Tina Ambani, chairperson of the multi-specialty Kokilaben Dhirubhai Ambani Hospital and Research Center in Mumbai that completed one year in operation on January 26.

The project came to Tina Ambani by chance. Even before she knew it, her husband Anil Ambani, chairman of the Reliance Anil Dhirubhai Ambani Group, had decided to ask her to take it up. "For me it was like a birthday gift. I remember him telling me that he had this for me and actually signed the MoU on my mother-in-law's birthday which also falls in the same month," she said.

The corporate-housewife and former Bollywood star with no knowledge of medicine or how to set up a hospital was handed the challenge in 2005. Anil Ambani told her that he would find her one person to help--after that she was on her own. "The biggest challenge was when Anil gave me the project and said now on this is your baby. We began with a team of four and built a whole professional, passionate, dedicated team for this hospital."

The 750-bed hospital--300 beds have opened thus far--has a large lobby designed in the look and feel of a hotel reception area. 'It doesn't smell like a hospital. The idea is not to make patients and visitors feel they are in a hospital," says a member of the staff.

Meeting rediff.com in the conference room adjoining her office at the hospital, Tina Ambani explains that the hospital has been set-up to meet American Medical Standards; whether the ratio of patients to nurses, qualification of the doctors or acquiring equipment, space etc. "I wanted to make sure that I am at international standards and at the end of the day I feel good about what we've done."

Once the core professional team was constituted, Ambani said she sat at every meeting and worked on the planning for two-and-a-half years, visiting hospitals in the US, Europe and China to compile a format befitting India's environment and culture. Once the construction began, she traveled from her home in Cuffe Parade, south Mumbai, to Andheri at the other end of the city every day for three yearslooking at the progress of construction, interacting with experts like the team from England on the stacking of the hospital.

The hospital staff point to its full time specialist system and the pool of medical talent from across the globe as what sets them apart from other city hospitals. "Getting the full-time model of doctors was difficult. There is a lot of expertise available but getting good expertise is rare," says Dr Mohit Bhatt, head of the neurology department, "We had to get doctors who were very good at their job, worked as a team, were in the age group of 35 to 45--experienced enough, but had enough youth left in them to do exciting things," he continues.

"For those who wanted to come back to India there wasn't a better hospital than this. This hospital is better than a whole range of National Health Service hospitals (in the United Kingdom) or whole range of American hospitals. The equipment that you have here you won't find in any ordinary hospital in the world," continues Bhatt under whose stewardship the hospital started India's first Parkinson's Total Care Program and is initiating treatment in Wilson's disease, a very rare and complex infection that affects the liver, brain, cognition, behavior and endocrine system.

The hospital hopes to encourage foreigners and Non-Resident Indians for treatment, especially from the US, UK, Canada and Africa. "If the number is correct there are about 60 million people in America not covered by medical insurance. Foreigners can come here for treatments that are not covered by insurance. The pricing is competitive both in our country and in terms of what is available in their respective countries. For example, a coronary artery bypass surgery costs $50,000 there and $10,000 here," says Dr Ram Narain, the hospital's chief operating officer.

Tina Ambani calls the hospital her third child. She comes to work at the hospital thrice a week and wants to expand, upgrade and make a mark as far as India is concerned in the medical world.

"As Anil says this is the daughter you never had. My commitment and everything towards this hospital is like having a third baby," she says, walking through the pediatric ward, the walls of which have colorful drawings that have been done by a teacher who taught her son in junior school. "She drew and colored it and then we reproduced those for the walls," she adds.

Her husband  the third richest Indian in the world after elder brother Mukesh and steel magnate Lakshmi Narain Mittal--has been her backbone, she says. "He is very constructive about his opinions and doesn't interfere. He lets me be and says this is your project, do it the way you want. If you make mistakes you will learn from it, that's the way to learn."

At its inauguration, Anil Ambani had said that he would like the hospital to be an institute which delivers cutting edge medical care at par with the best in the world.

The hospital is funded by the Reliance Anil Dhirubhai Ambani Group as its flagship social responsibility. "A hospital is a very capital expensive project. If you want to do this as a commercial venture, you probably will never break even. It is not here to make money and profit for the promoters, it is here to give the best services possible. This hospital will be sustained till it is on its feet," explains Tina Ambani.

Thrice a week, the hospital conducts free outpatient departments. "Statutory requirement is that we have to reserve 20 per cent beds for poor patients. A high court judgment says two per cent of turnover has to be set aside for indigent patients. The directives are followed to the letter and we submit monthly audits," says Narain, explaining the hospital's policy for the financially weak.

A resident from the neighborhood, who had taken her ailing mother to the hospital a few months ago, though impressed with the facilities on offer, felt they could do with more staff. "She must have felt so because she came soon after the hospital started, we have consistently recruited more staff and continue to do so. We also have a nursing college for training new nurses," says Narain.

Tina Ambani also plans to start an institute for geriatric care which should be ready in three-and-a-half years. Already involved with the Harmony for Silvers Foundation, an organization that works for the elderly and has about 600 members, she says work has already begun on the new project which will not be modeled as an old age home, but as interactive community living. "We have about 90 million senior citizens in this country. How do we not look after those who helped us take our first step?" asks Ambani.

After being involved for four years with the Kokilaben Dhirubhai Ambani Hospital, named after her mother-in-law, she feels it has given her a completely new perspective to life. It has brought a meaning that is difficult to explain or express in words, she says, because it touches people's lives.

Apart from centers for the brain and nervous system, cancer, cardiac sciences, bone and joint, children and physical medicine and rehabilitation it offers 36 other clinical specialties. The hospital has 103 full-time doctors, 520 nurses and about 200 paramedics, says the hospital's Web site.

"We have an ethics committee and are creating a space for new drug trials, experimental drugs which have not yet come into the market. We have a very big rehab center which most hospitals in India don't have," says Dr Mohit Bhatt, head of the neurology department who leads the hospital's scientific activity.  "We are also introducing research in head and neck cancers since India has the highest instance of head and neck cancers in the world," says Narain.

"Our medical ethics committee meets every month and the intent is to encourage science, newer therapies and patient care. There is a clear intent to support science. There are facilities for doctors to travel to conferences to present papers. Research is an integral part of the hospital," points out Bhatt.

For the weaker sections of Indian society, Narain points out that "10 per cent of patients get complete free treatment. The other 10 per cent are subsidized."The first consultation at the hospital costs a patient Rs 600.

"We are not a 7-star hospital in terms of expenditure," says Narain though his hospital has a fine dining restaurant, a beauty and massage parlor and a gift shop, all not usually found in Indian hospitals. "In private health we are very competitive," he adds. "We will do the ordinary extraordinarily well, we will also do the extraordinary."The hospital is in the process of getting 60 guest residences commissioned for relatives of patients from outside Mumbai or India who can stay there when their relatives are being treated.

Patients from America have traveled to India for cosmetic surgery, dentistry, joint replacements and cardiac procedures. The hospital hopes to attract foreigners to come in for treatment and procedures not covered by insurance. "I had a relative from overseas who had to wait for six months for an MRI scan--in India things move very fast in the private sector," says neurologist Bhatt.

"As far as knee and hip replacement, and cardiac bypass surgery is concerned Indians are as good as anywhere else in world," adds Bhatt. "The outside world perceives India negatively because they think nursing care is not very good and have concerns about hygiene and cleanliness. This hospital has solved those issues." 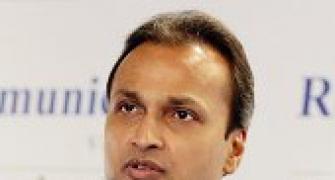 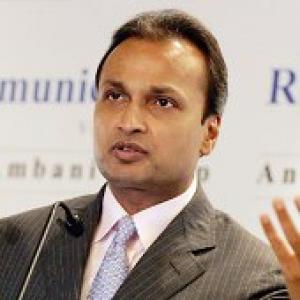