Late music composer Wajid Khan's wife, Kamalrukh Khan, has claimed she was subjected to "scare tactics" and was made an "outcast" by her in-laws after she refused to convert to Islam. 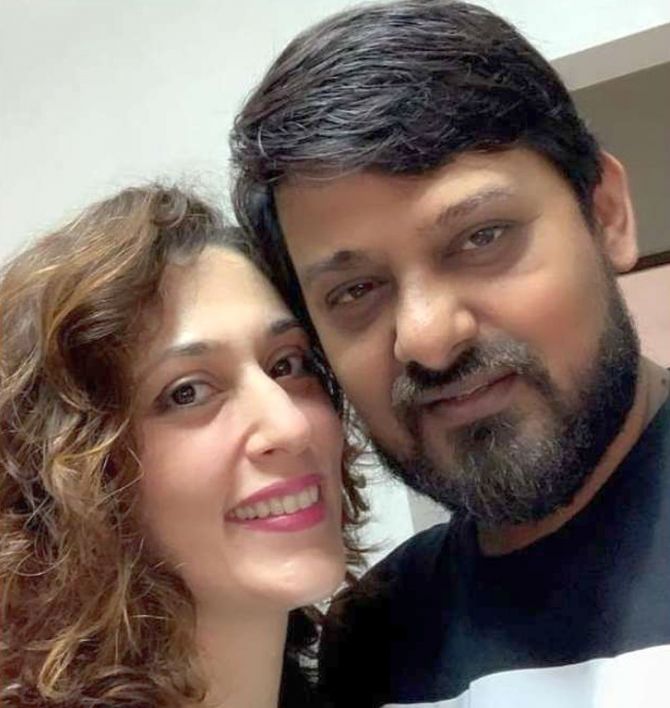 Wajid Khan of composer duo Sajid-Wajid passed away in June.

Opening up about her experience through an unverified Instagram handle, Kamalrukh said she is a Parsi who got married to the Dabangg composer under the Special Marriages Act.

As per her profile, Kamalrukh is a clinical psychotherapist and in the lengthy post shared on Friday said, she grew up in an environment where education, independence of thought and "democratic" value system was encouraged, but it clashed with her husband's family.

"An educated, thinking, independent woman with an opinion was just not acceptable. And resisting the pressures of conversion was sacrilege. I have always respected, participated and celebrated all faiths.

"But my resistance to convert to Islam drastically widened the divide between me and my husband, making it toxic enough to destroy our relationship as husband and wife, and his ability to be a present father to our kids," she claimed.

Kamalrukh said it was her dignity and self respect which did not permit her to "bend backwards for him and his family" by converting to Islam.

"I fought this terrible way of thinking tooth and nail throughout my marriage. The result - being outcast from my husband's family, scare tactics to make me convert included taking me to court seeking divorce. I was devastated, felt betrayed and was emotionally drained, but my children and I held on," she said of children 16-year-old daughter Arshi and nine-year-old son Hrehaan she shares with Wajid.

Kamalrukh also alleged she is "fighting for the rights and inheritance of my children which have been usurped" by Wajid's family.

She further said though her husband was a gifted musician, she wished he dedicated more time to the family, "devoid of religious prejudices, the way he did while creating his melodies".

"We never got to be a family due to his and his family's religious fanaticism," she claimed.

Despite multiple attempts to reach out for a comment on these allegations, there was no response from composer Sajid Khan, Kamalrukh's brother-in-law.

On Saturday, Uttar Pradesh governor Anandiben Patel gave assent to an ordinance against forcible or fraudulent religious conversions that provides for imprisonment up to 10 years and a maximum fine of Rs 50,000 under different categories.

Kamalrukh said the current debate surrounding the anti-conversion bill was the trigger for her to open up about her "experiences and ordeal" in an inter-caste marriage.

"The debate regarding the anti conversion bill should also delve deeper into the patriarchal mindset - it is mostly always the women who are made to forcibly convert.

"The conversion campaign has to be recognised for what it is - spreading hatred against different religious ideologies, separating wives from husbands and children from their fathers," she added.