Singh and Nadda have also been authorised by the party to speak to various parties, including those from the opposition, on the presidential poll.

The meeting with Naidu is significant as the BJP parliamentary board is meeting later on Tuesday to discuss the BJP-led NDA's choices for the new president.

The ruling combine has over 48 per cent vote share in the electoral college to pick the new president, and its candidate has a clear advantage over the opposition.

Naidu left Delhi for Hyderabad on Monday on a three-day trip but cut short his visit and returned on Tuesday. 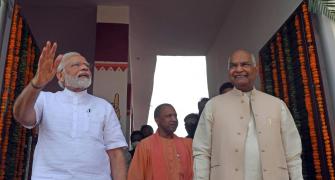 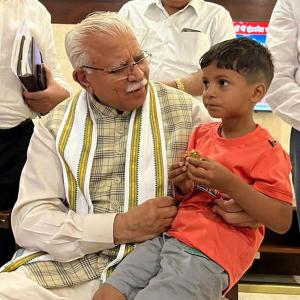