A volcano has been building up in Jammu and Kashmir after the abrogation of Article 370, National Conference president Farooq Abdullah said on Tuesday and expressed fears over what shape it would take when it erupted. 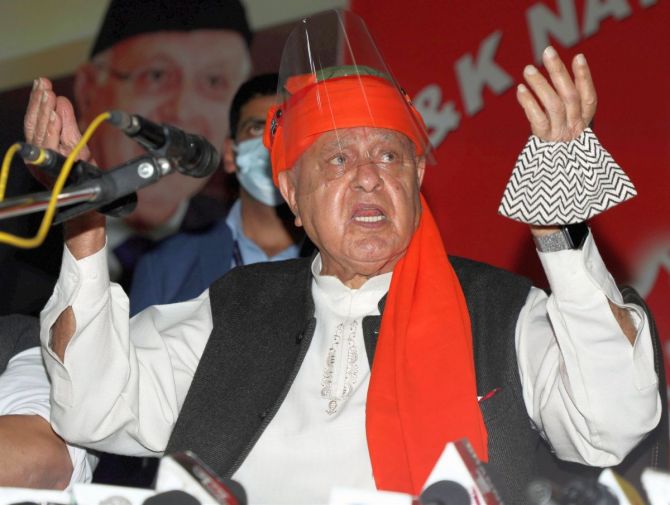 Celebrations in the Valley over Pakistan's win against India in the T-20 cricket world cup while Home Minister Amit Shah was visiting were meant to provoke the BJP, which had taken away Jammu and Kashmir's special status, the erstwhile state's former chief minister added.

"They (those who celebrated the win) don't have anything to do with them (Pakistanis)... It was done to provoke the BJP. They were children and young boys and this should serve as an eye-opener for the BJP," Abdullah said at a public meeting in Surankote in Poonch district.

The BJP claims a new phase has started and militancy has finished but the situation is otherwise, Abdullah said. He said Shah was the one who announced the state's special status under Article 370 being revoked and also witnessed the celebrations after the Pakistan's cricket win on Sunday.

"They (the BJP) took away Article 370 and Article 35A from us and claim not a single bullet was fired. How could bullets have been fired when you have put a soldier outside the door of every household? A volcano is building up even as they think they have silenced (the people)...

"This volcano will erupt one day and god knows what will be its shape and size. They have to return Article 370 to the people of Jammu and Kashmir," he said.

Addressing the rally, Abdullah also defended his advocacy for a dialogue between India and Pakistan and asked people to pray to the almighty for good sense to prevail in both the countries and for a way out in the larger interest of peace and development in the subcontinent.

Taking a dig at the BJP-led government, he said its policies triggered farmer unrest in the country even as it was asked to send the three farm bills to the select committee in parliament.

Both India and Pakistan, the former chief minister said, spend a major chunk of their revenues in preparing for war, impacting their poor.

"The people of Jammu and Kashmir are sandwiched between the animosities of the two countries. The hostility is also the main reason to spread hatred and divide people on the name of Hindus and Muslims," he said.

In his view, political parties in both countries are winning elections in the name of Kashmir.

"They (Pakistan) say Kashmir is our jugular vein and we have been suffering for 75 years. This side says this is our land and we will take back the land which is under the illegal occupation of Pakistan. Nobody has asked the people of Jammu and Kashmir where we stand," he said.

Abdullah asked the people to be united and frustrate the designs of those bent on dividing them on communal lines.

Mahatma Gandhi, he said, had seen a ray of hope in Kashmir. "We will become the beacon of that light once again and spread across the country by upholding unity and brotherhood."

Any government which oppresses its people and fails to mitigate their sufferings is bound to vanish. He also drew examples from the Ramayana and the Quran to make his point.

"I don't know whether I will live till that day but I am sure the time will come when the government indulging in atrocities will witness divine intervention," Abdullah said.

"The people want it to happen immediately but god has his own plans and so we have to keep patience."

He hit out at the Congress for their "studied silence" on the issue of the abrogation of Article 370.

The Jammu and Kashmir Police has registered two cases against medical students under the Unlawful Activities (Prevention) Act (UAPA) for celebrating Pakistan's victory over India in Sunday's match. The cases have been registered against students in hostels at Srinagar's Government Medical College in Karan Nagar and SKIMS Soura, officials said. 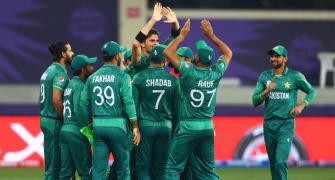 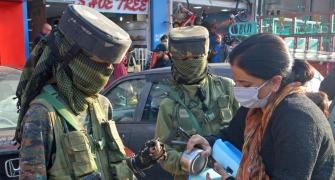 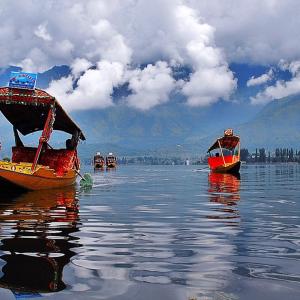 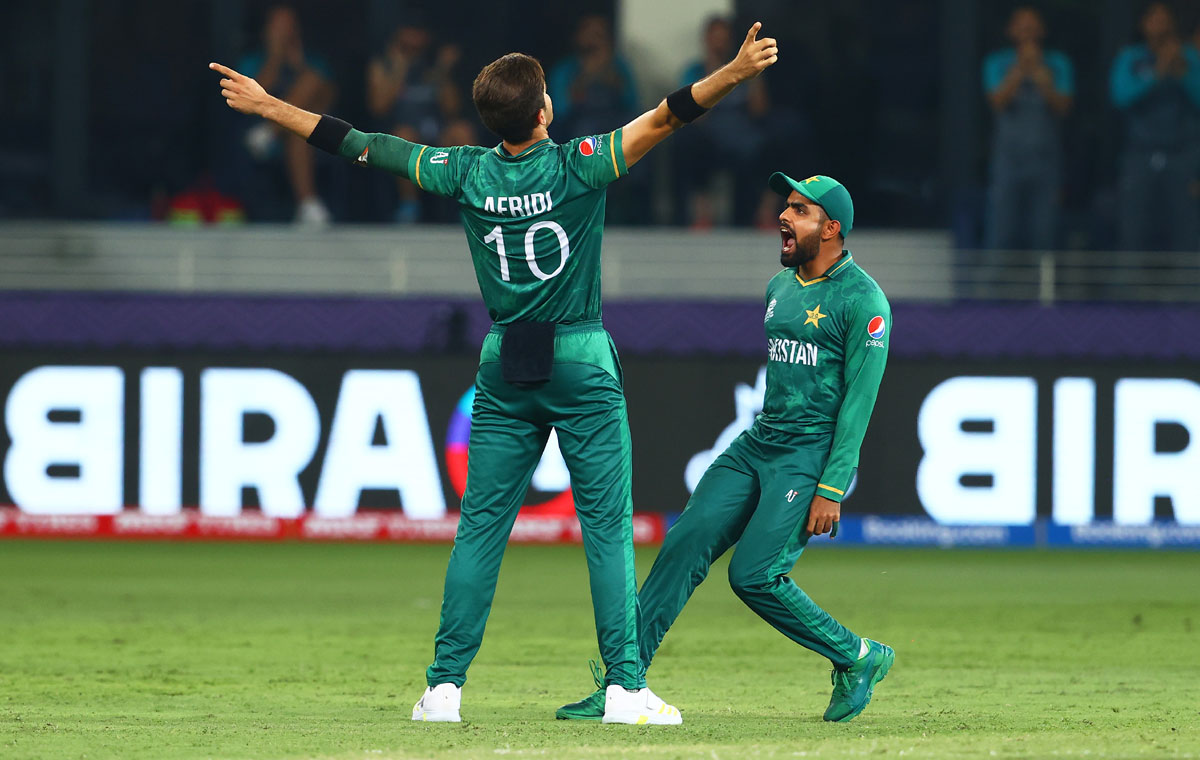