Union Minister of State for Road Transport and Highways V K Singh on Sunday took to twitter to seek help for a COVID-19-infected person who was unable to find a bed in any hospital in his constituency Ghaziabad. 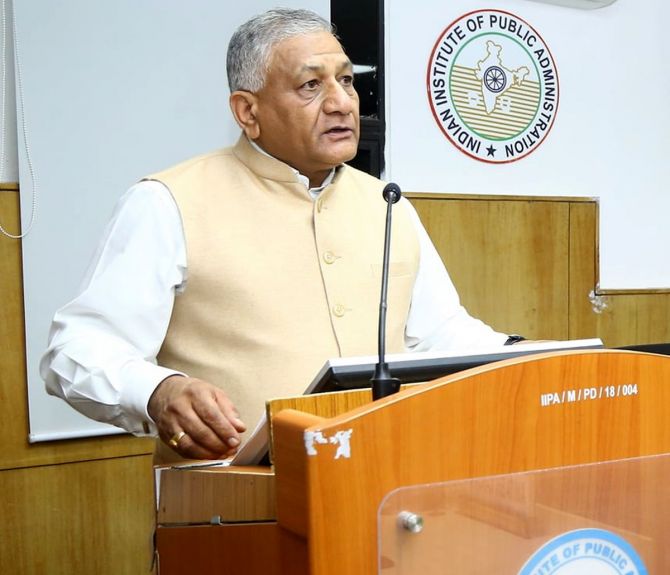 Singh in his tweet quoted a message where he had been tagged, along with others.

"@dm_ghaziabad Please check this out," the Union minister wrote in response to a tweet which was partly written in Hindi saying "please help us, my brother needs a bed for corona treatment. Now, beds are not being arranged in Ghaziabad. @shalabhmani @PankajSinghBJP @Gen_VKSingh".

The Union minister's tweet came at a time when India is grappling with spiralling number of COVID-19 cases as well as related deaths, forcing many state governments to put in place restrictions on the movement of people.

However, Singh later clarified that he is not related to the person by blood and his tweet was for the district administration to reach out to the infected person.

In another tweet, he wrote: "Am amazed at IQ level of trawls and fastest finger channels. Tweet was forward of a tweet to DM and says 'please look into this'. Forwarded tweet is in hindi. Bed needs have been sorted out by DM & CMO , hence to DM. Suggest correct your understanding."

However, his post prompted Twitterati to question the state of the medical infrastructure in the country where even the minister's relatives were struggling.

On the other hand, the tweet was used to highlight his elite status, especially with several senior Uttar Pradesh government officials promptly replying to his post.

Others like Shiv Sena MP Priyanka Chaturvedi, however, realised that General Singh had only forwarded a plea, even though she, too, highlighted the "helplessness of an elected representative".

"Here, Hon. MP and Minister has forwarded a plea received by him to the DM. But this tweet in itself explains the helplessness of an elected representative & his inability to find a single bed in his constituency. I hope the patient gets the help needed and is fine soon," Chaturvedi tweeted. 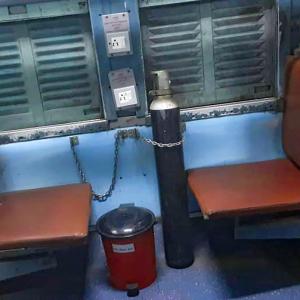