Full service carrier Vistara on Friday said it has barred stand-up comedian Kunal Kamra from taking its flights till April 27. 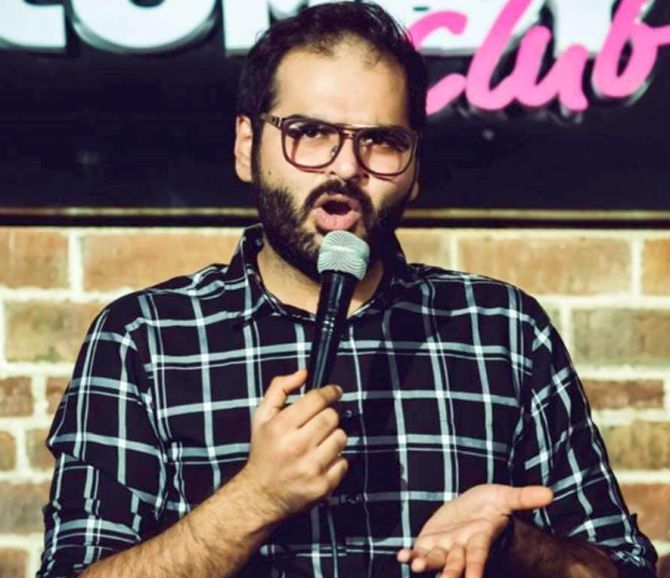 The decision has been taken after Kamra was found 'guilty' for alleged misbehaviour by an internal committee of IndiGo, an airline official said.

The ban on Kamra comes into effect immediately, the official told PTI.

'Based on the order passed by an internal committee constituted by InterGlobe Aviation Ltd in compliance with the respective CAR and following due process, we have placed the passenger on our no-fly list until April 27, 2020,' a Vistara spokesperson said in a statement.

InterGlobe Aviation is the parent of IndiGo.

On January 28, Kamra was banned by IndiGo from flying with the airline for six months for allegedly heckling a private TV news anchor. The ban period was later reduced to three months.

As per norms, any allegation of misbehaviour mid-air by passengers has to be investigated by an internal committee set up by the carrier concerned.

Soon after IndiGo's ban, others carriers such Air India, GoAir and SpiceJet too announced travel restrictions on Kamra.

At that time, Vistara had not banned him from travelling in its flights.

On Thursday, the civil aviation ministry said no communication was made with IndiGo and Air India before any restriction was imposed by them on Kamra.

'No communication was made by the government with the airlines before any restriction was imposed on the passenger referred to in the question,' Minister of State for Civil Aviation Hardeep Singh Puri had said in a written reply in the Lok Sabha.

He was responding to a query by Trinamool Congress lawmaker Prasun Banerjee seeking details of communication the government had with IndiGo/ Air India before restrictions were imposed on a comedian recently.

'We are left with no option but to advise other airlines to impose similar restrictions on the person concerned'.

IndiGo has also informed Directorate General of Civil Aviation that the airline has placed the passenger in the 'No-Fly List' for a period of three months for indulging in Level-1 unruly behaviour from taking any IndiGo flight to/ from/ within or outside India from January 28, 2020, as per the reply.

The reduction in ban period was informed by the airline to the Delhi High Court on February 28.

Kamra had moved the court challenging the flying ban against him by four airlines.