Instead of asking why Congress leaders Rahul Gandhi and Priyanka Gandhi Vadra have not visited Baran in Rajasthan, where two girls were allegedly raped, senior Bharatiya Janata Party leaders should go to the district themselves to know the ground reality, Chief Minister Ashok Gehlot said on Friday. 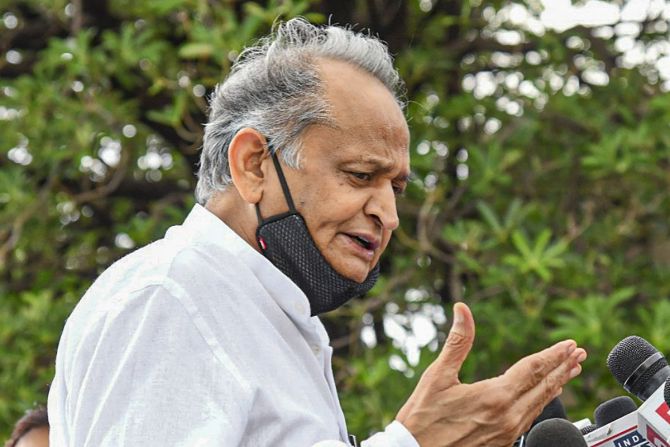 The two Congress leaders were on Thursday arrested by the Uttar Pradesh Police after they were stopped from marching towards Hathras to meet the family members of a Dalit woman who was allegedly raped by four men on September 14.

Gehlot said the role of opposition leaders is pivotal in a healthy democracy and by preventing Rahul Gandhi and Priyanka Gandhi from going to Hathras, the Uttar Pradesh government has proved that it wants to hide things.

"Rahul Gandhi and Priyanka Gandhi trust our words and reports. Why don't senior BJP leaders like Amit Shah or Dharmendra Pradhan visit Baran or anywhere in the state to know what actually is the ground reality," Gehlot told PTI.

"We are open for this (visit). They should visit the place (Baran) and know the reality. We will not only allow them but if required, police protection will also be provided," he added.

According to police, two minor sisters went missing from their home in Baran district on September 19.

They were later found in Kota on September 22.

The girls were handed over to their families after recording their statements, police said, adding that the medical examination of the girls did not confirm rape.

Gehlot said incidents can happen anywhere but what matters is action and Hathras is an example of inaction.

"What happened in Hathras was very shameful. The victim's mother kept crying and wanted to see her daughter for the last time, but the police did not allow and the body was cremated in the night hours," he told reporters on the sidelines of a Gandhi Jayanti event at the secretariat.

The chief minister said despite the coronavirus pandemic, 20 people are allowed to attend cremations but in Hathras, the gangrape victim's last rites were conducted in the dead of the night.

"When a soldier is martyred at the border, the body is brought in a plane or helicopter and given to family members. We give this much respect and this is in the culture of the country. What happened in Hathras was shameful," he said.

Gehlot further said that the state government did not prevent a BJP delegation from visiting Dungarpur district, where violence erupted last week, because the role of opposition is imperative in a healthy democracy.

"When there is nothing to hide, why one should be stopped. BJP leaders visited Dungarpur and we allowed them to go and see what actually happened. This is a normal thing in a democracy," he said. 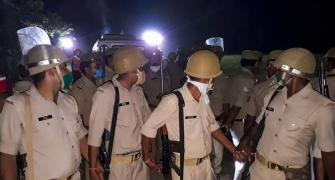 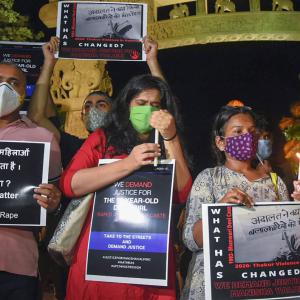 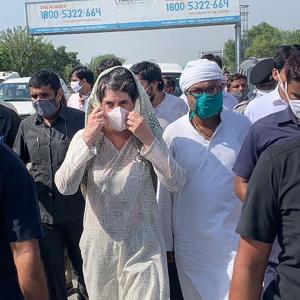