Virtual SIM cards pose a new headache for security agencies fighting terrorism in Jammu and Kashmir as their use in the valley has seen an increase among terror groups to connect with their handlers in Pakistan, officials said in Srinagar. 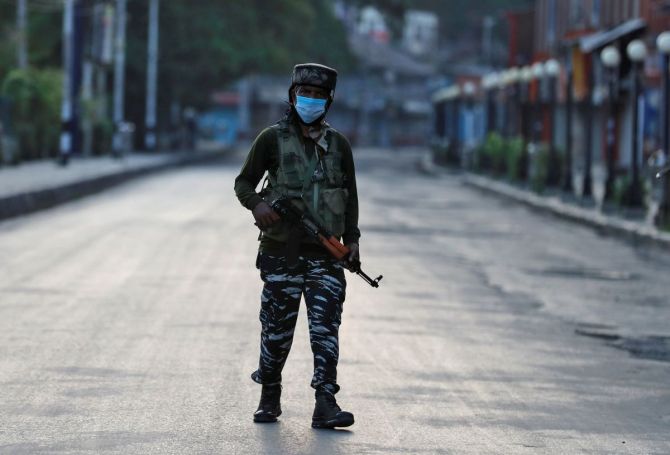 The penetration of this new technology was found in 2019 when a request was sent to the United States to seek details from a service provider of 'virtual SIMs' used by suicide bomber of Jaish-e-Mohammed terror group involved in the Pulwama attack that left 40 Central Reserve Police Force personnel dead.

However, a detailed investigation done by the National Investigation Agency (NIA) and other security agencies indicated that over 40 virtual SIM cards were used in the Pulwama attack alone, and there are probably more of them floating in the cyberspace of the valley, the officials said.

It is a fairly new modus operandi wherein terrorists across the border are using 'virtual SIM' cards, generated by a service provider from a foreign country.

In this technology, the computer generates a telephone number and the user downloads an application of the service provider on their smartphone.

The verification code for activating the service is generated by these networking sites and received on the smartphone.

They said that, besides telecom companies in the United States, Canada, the United Kingdom, Israel, numbers of Puerto Rico, a Caribbean island being controlled by the US, are doing the rounds in the market.

Every mobile phone instrument is sent for a detailed forensic analysis to have a thorough check to look for any telltale signs of use of virtual SIM cards, the officials said.

Technology has its pros and cons, and while fighting terrorism, the security agencies have to not only keep up the pace but also move a step ahead of those planning to misuse it, says an official.

During investigation of the 26/11 Mumbai attacks, it was found that an amount of $229 was wired to Callphonex, via Western Union Money Transfer receipt number 8364307716-0, for activating the Voice Over Internet Protocol (VoIP) used during the strikes.

The money was received from 'Madina Trading' located in Brescia in Italy and sender was claimed to be Javed Iqbal, a resident of Pakistan-occupied Kashmir (PoK).