Former Union minister Arun Shourie, veteran journalist N Ram and activist lawyer Prashant Bhushan have moved the Supreme Court challenging the constitutional validity of a legal provision dealing with criminal contempt for "scandalizing the court", saying it was violative of freedom of speech and right to equality. 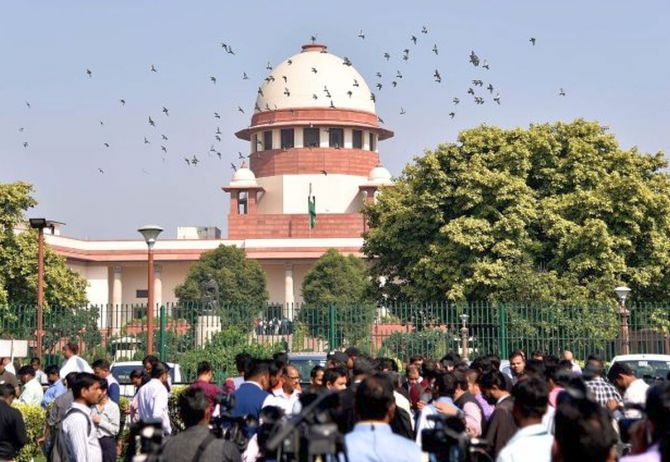 The petition, which may come up for hearing next week, challenged the validity of Section 2(1)(c) of the Contempt of Courts Act, 1971 as being unconstitutional and incompatible to the basic feature of the Constitution and is vague and manifestly “arbitrary”.

The provision defines what constituted criminal contempt and said that if by way of publication of words, the dignity of the courts is lowered and if they scandalize the courts then the offence of contempt of court is deemed to have been committed.

“The impugned sub-section is unconstitutional as it is incompatible with preambular values and basic features of the Constitution. It violates Article 19(1)(a) (freedom of speech and expression), is unconstitutional and incurably vague…,” said the plea filed through lawyer Kamini Jaiswal.

The filing of the plea challenging the validity of the provision assumes significance in view of the fact that a three-judge bench headed by Justice Arun Mishra on July 22 had issued a show cause notice to Bhushan after taking note of a petition urging it to initiate criminal contempt proceedings against him for his alleged tweets against the judiciary. This case is listed for hearing on August 5.

The top court is also scheduled to hear on August 4 another criminal contempt case against Bhushan which was initiated in 2009 over his alleged comments against former CJIs in an interview given to a magazine.

The petition alleged that the provision violated the freedom of speech and expression.

The provision violates the right to free speech to the extent that it is not covered under the reasonable restrictions enlisted under Article 19(2) of the Constitution, it said.

The offence of ‘scandalizing the court' cannot be considered to be covered under the category of the contempt of court and under Article 19(2) of the Constitution which permitted reasonable restrictions on free speech, it said.

The plea referred to the apex court judgements in the triple talaq case and in the decriminalization of homosexuality, and said that the provision can be challenged on the ground of "manifest arbitrariness" also.

It also referred to the cases where N Ram and Shourie, a journalist-turned-politician, had to face criminal contempt proceedings and sought that the provision be held unconstitutional.

The petition further referred to a fact that in England now the issue scandalizing the court is no more a ground for initiation of contempt.