Four persons, including two rag-pickers, were arrested in connection with theft of six Electronic Voting Machines in Vijayawada, which were recovered, police said on Monday.

Among those arrested are two scrap dealers and two rag-pickers, Deputy Commissioner of Police Ravindranadh Babu said adding, the EVMs have been recovered from the scrap dealers who had bought them.

The sub collector in Vijayawada had filed a complaint with the police saying that six EVMs kept in a godown were missing. Following the complaint, the police conducted search at the premises of scrap dealers in the city and found six EVMs with two dealers.

Of the six EVMs, four were dismantled by the dealers as scrap while the remaining two were intact. Dealers said they bought the EVMs from two rag-pickers.

The police recovered the EVMs and arrested the two scrap dealers along with two rag-pickers. The rag pickers admitted that they had stolen the EVMs from the godown by breaking open the doors in the absence of any security there, police said.

Interestingly, the scrap dealers paid only Rs 15 each for the EVMs to rag-pickers. Meanwhile, additional election officer Dakshina Murthy visited Vijayawada on Sunday and discussed the issue with the district collector.

The collector told mediapersons that the stolen EVMs were kept as reserve during the 2009 general elections and remained unused. 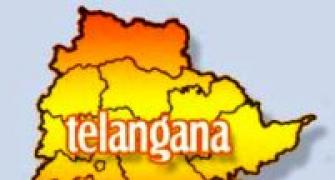 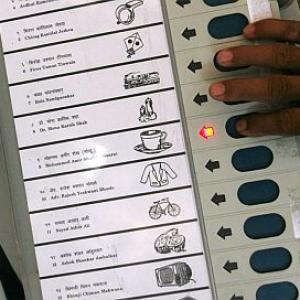 'Electronic Voting Machines are not tamper-proof!'

'Machine magic, not Modi magic did trick for BJP'