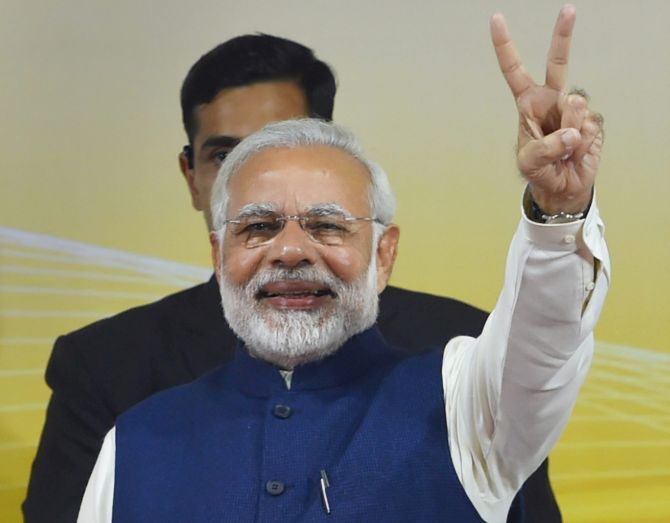 Prime Minister Narendra Modi on Monday accused the Congress of trying to sow the seeds of casteism in Gujarat in its 'hunger for power', asserting that the Bharatiya Janata Party's win in the assembly elections had underlined the people's acceptance of his government's reforms.

Addressing BJP workers at the party headquarters in New Delhi, he was unsparing in his attack on the Congress and critics who, he said, could not accept his party's victory in Gujarat and Himachal Pradesh.

He also returned to his plank of development and pitched for social harmony in his home state, which had seen several caste agitations in the run up to the assembly polls, saying that the people should forget the past and embrace each other.

An atmosphere for development had been created after the BJP took power at the Centre in May 2014, he said, adding that nobody should derail it as his 'decisive' government was working overtime to strengthen cooperative federalism and had clean intentions.

With the BJP -- which recorded its sixth straight victory in assembly elections in Gujarat -- drawing its lowest tally this year, Modi said the victory this time was not 'samanya' (normal) but 'asamanya' (special).

Modi, who was the chief minister of Gujarat from 2001 before he became the prime minister in May, 2014, said attempts were made to 'demoralise' the state BJP leadership after he moved to the Centre.

Referring to the just-concluded Gujarat poll, he said the state government was attacked from all sides and there was a 'storm of disinformation'.

"The Congress might be visible on the ground but there were many forces at work beside it. 'Bring down the BJP once'. All sorts of conspiracies were hatched," Modi said.

There could be anger over the issue of development but some were making fun of it, he said, apparently targeting the Congress and Patidar leader Hardik Patel, who had run a campaign with the meme 'development has gone mad' to attack the BJP.

The state was rife with the 'poison of casteism' until 30 years ago, he said, referring to Congress rule in Gujarat, and added that BJP governments and leaders worked to remove it.

"In their hunger for power, some people tried to sow the seeds of casteim in the last few months for the elections. The people rejected it," he said.

He asked the people of his state to be more vigilant.

Referring to his party's win in Uttar Pradesh and the Maharashtra local polls, followed by the victories in the two assembly polls, Modi said the results proved that the people were ready for reforms and embraced performance for the transformation of the country.

Development is the only solution to people's problems, he said, asserting that India would have to scale new heights of development if it was to do well globally.

The BJP's win in Himachal was also a vote for development and rejection of those who used power for the 'wrong' things, he said.

He ended his address with a rousing slogan.

'Jitega bhai, jitega...(who will be victorious)," he asked the workers. "Vikas (development)," they replied in unison, as exhorted by Modi. 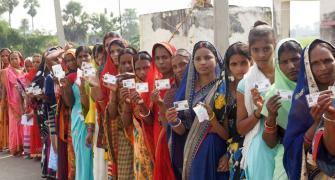 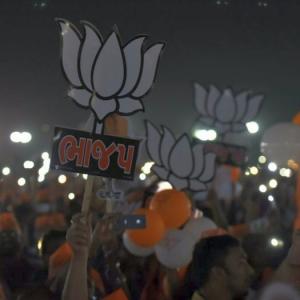