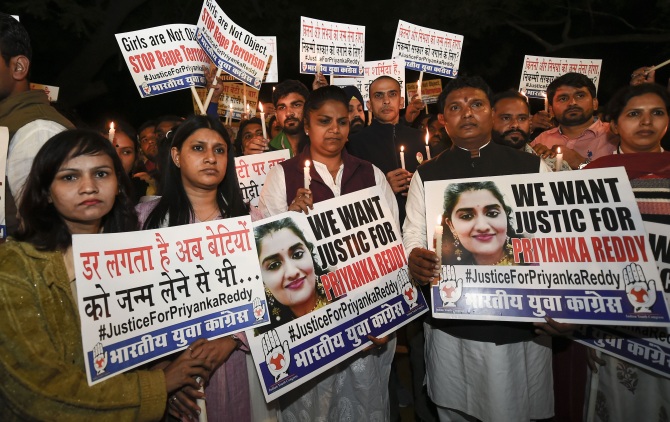 A court has posted for Tuesday a petition filed by police seeking 10-day custody of the four people arrested for raping and murdering a woman veterinarian, even as protests continued in parts of Telangana demanding death penalty for the accused.

The Shadnagar court near Hyderabad also directed issuance of notices to the four accused after the Shadnagar Bar Association decided that it will not represent and offer any legal services to them.

The Cyberabad police filed the petition for custodial interrogation of the accused, a senior police official told PTI.

The official said they would complete the probe in a time-bound manner.

Telangana Director General of Police M Mahender Reddy, who reviewed the progress of the case on Sunday night, instructed police officials to ensure time-bound completion of the investigation.

The official also said they were in the process of requesting the Law Ministry for setting up of a fast track court to try the four accused.

He further said they will seek maximum punishment for the perpetrators of the gruesome incident.

Chief Minister K Chandrasekhar Rao on Sunday directed that a fast track court be set up for speedy trial in the case.

Law Minister A Indrakaran Reddy told PTI that the process of setting up a fast track would start soon.

Meanwhile, protests against the heinous crime continued in the city and other parts of Telangana on Monday with students, lawyers and others taking out rallies and
holding demonstrations demanding death penalty for the four accused.

Raising slogans like 'We want justice' and holding placards that read 'Hang the rapists', the protesters condemned the incident.

Protests were also held by school students and different student groups and others at various places in the state, demanding capital punishment for the accused.

The charred body of the woman, working as an assistant veterinarian at a state-run hospital, was found dumped under a culvert at Shadnagar on November 28 morning, a day after she went missing.

Four men, all lorry workers, aged between 20 and 24, were arrested on November 29 on charges of raping and killing the woman by smothering her and later burning the body.

They have been sent to judicial custody for 14 days on Saturday.

The four, who faced violent protests while being taken to the prison, are now kept in solitary confinement at Cherlapally Prison in the city.

According to the associations, the decision was taken as 'a moral and social responsibility' in view of the 'heinous crime committed by the accused'. 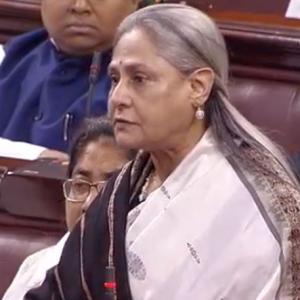