Chennai’s Koyambedu market for vegetables, fruits and flowers, one of the largest in the country that used to teem with thousands of people every day, has emerged as the latest hotspot for COVID-19 cases in Tamil Nadu. 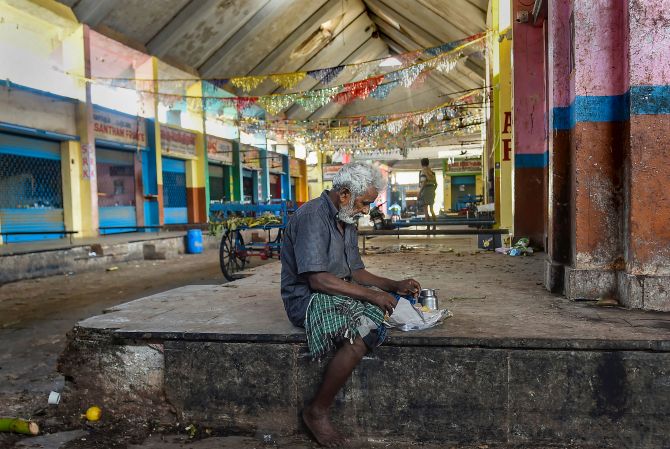 The development has prompted authorities to shift the market -- spread over 295 acres with over 3,000 outlets of which only about 200 of them are presently functional -- to suburban Tirumazhisai from Thursday.

Of the 527 positive cases on Monday, a "large number are linked to the Koyambedu market," a bulletin said while rough estimates provided by officials in the city and in districts pegged at least 450 cases to have a link to the market place.

In Chennai alone, at least 215 of the 266 new cases were linked to the Koyambedu market.

Districts, including Cuddalore, which witnessed the return of workers to their native villages from the market place, have seen a similar surge.

Cuddalore reported as many as 122 new cases on Monday from a cumulative figure of just 39 (till May 3 from March 8 when Tamil Nadu reported its first coronavirus case) and at least 124 of them are related to Koyambedu, officials said.

Previously, returnees from a religious congregation in Delhi had led to a spurt in coronavirus cases in the state.

On why the market has become a hotspot, a public health expert told PTI that the spread happened among traders and it was not strange as they were in direct contact with a host of others like vendors and truck drivers with a history of continuous travel to several regions with high COVID-19 cases like Maharashtra.

Closing down the market or scaling down operations at the initial stage of lockdown as in the case of other segments was not possible as vegetable was a food staple and such a measure may have scared people, he said.

Hence, the available option of imposing regulations, stipulating social distancing, personal hygiene and protection measures like wearing masks were relentlessly enforced by the authorities, he pointed out.

Ever since a vegetable vendor tested positive from the market last week, Greater Chennai Corporation authorities stepped up surveillance and deployed a team of health personnel and a mobile van for testing purposes.

Besides the vendor, another flower dealer and a hairdresser in the market's vicinity had tested positive for the coronavirus during the same period and following such cases, a new high in the number of infections among those linked to the market is now being witnessed.

Also, effective last Thursday, retail trade was disallowed and flower and fruit vendors too scaled down their operations.

Following the restrictions, there has been a drastic drop in footfalls in the market.

Officials said that approximately 4,900 people from the marketplace, including owners of outlets and workers, have so far been tested and complete results were yet to be out.

Considering the trend of a big chunk of them testing positive, there was a chance that several others might also turn positive, they indicated.

Since the market has become a concern for authorities, State Disaster Response Force and Armed Reserve personnel were deployed as part of efforts to regulate movement of traders and help prevent the further spread of the contagion.

After inspecting the market, Commissioner of Revenue Administration and special nodal officer for COVID-19 initiatives, J Radhakrishnan told reporters that focused testing was on at the marketplace under which all the employees were being tested.

In view of targeted testing, the number of positive cases was likely to go up, he said, adding that however the rise in numbers was not a cause for concern as all anti-COVID-19 efforts were being taken by the government.

Pointing out that several people who tested positive were asymptomatic, he said arrangements were on to house such patients in facilities like colleges and the Trade Centre at Nandambakkam, which are designated as Covid care centres, rather than in hospitals. 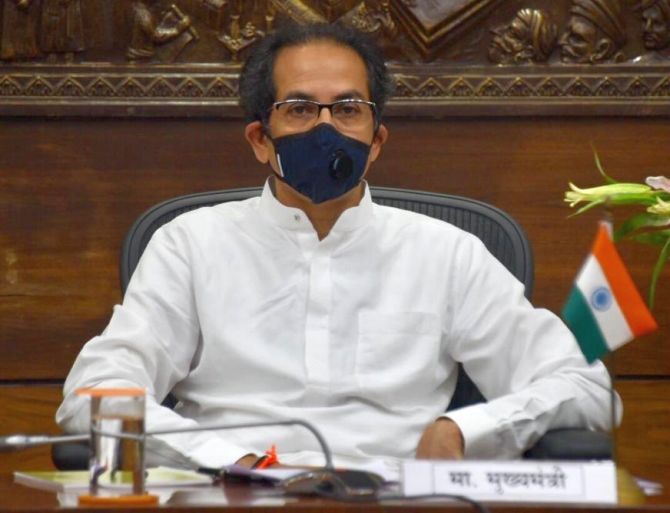 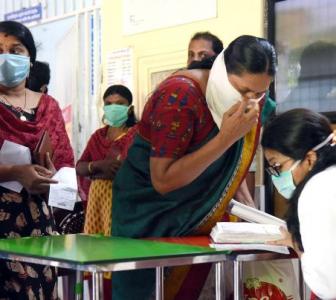 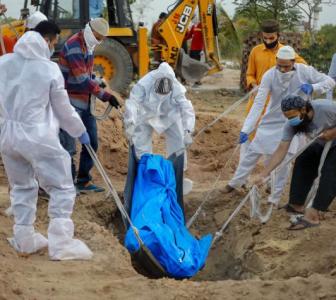 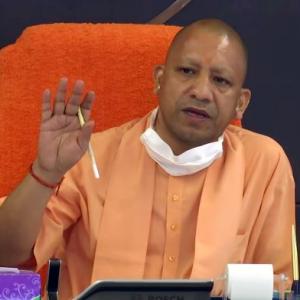