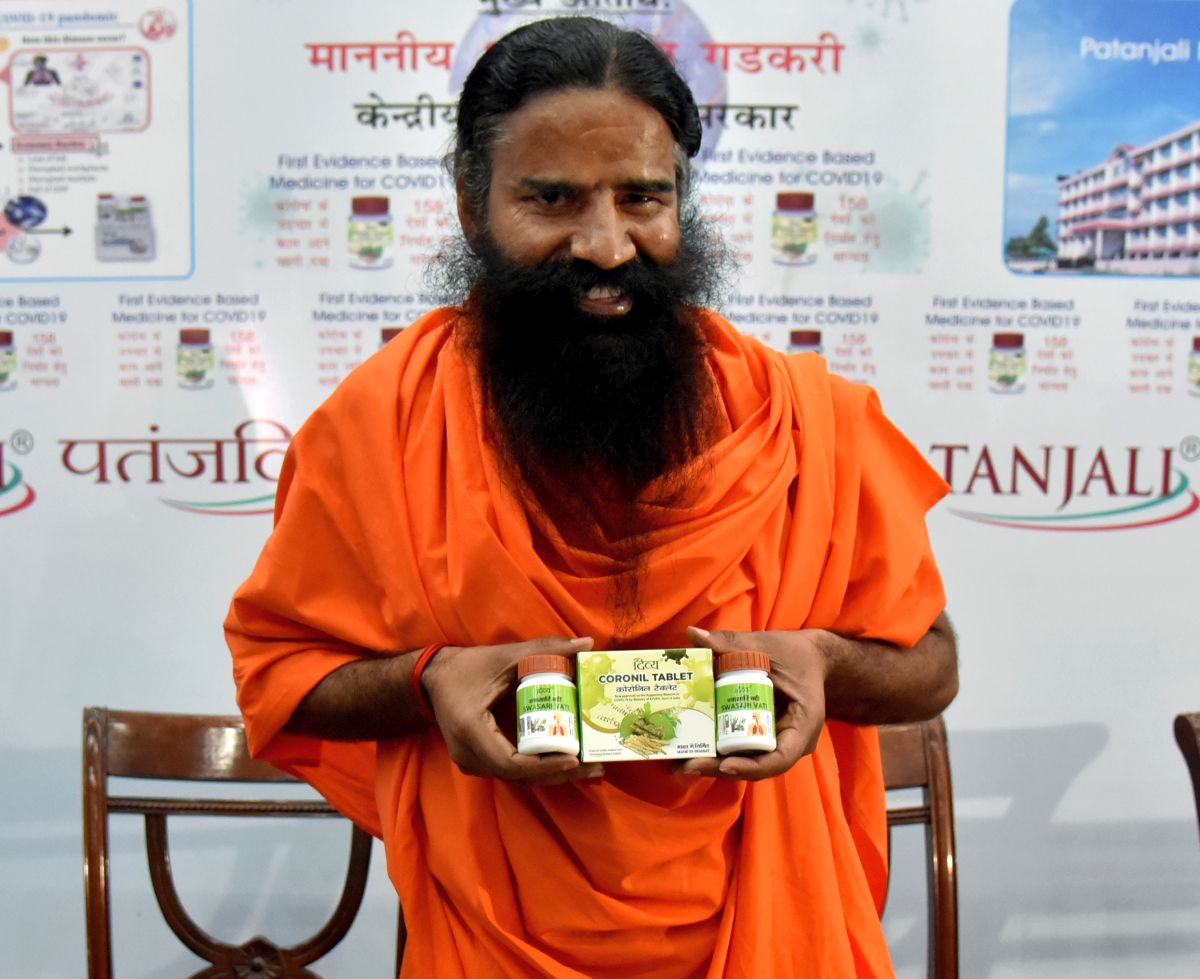 In a strongly worded letter to Ramdev, the minister also said that "through your statement you not only disrespected corona warriors but also deeply hurt the sentiments of countrymen".

"Your statement on allopathy can break the morale of healthcare workers and weaken our fight against COVID-19," Vardhan said and added that doctors are fighting day and night to save people's lives.

Citing a video circulating on social media, the Indian Medical association on Saturday had said Ramdev has claimed that allopathy is a "stupid science" and medicines such as remdesivir, faviflu, and other drugs approved by the Drugs Controller General of India have failed to treat COVID-19 patients.

The doctors' body also quoted Ramdev as saying that "lakhs of patients have died after taking allopathic medicines".

These remarks were denied as "false" by the Haridwar-based Patanjali Yogpeeth Trust.

In his letter, Vardhan asked Ramdev to withdraw his statement on allopathy and said the remarks disrespects 'corona warriors' and hurts the sentiments of the country.

"When allopathic doctors saved lives of crores during Covid, your comments that allopathy is responsible for the death of lakhs is extremely unfortunate. We should not forget that the Covid battle can be won only through joint efforts," Vardhan said.

"You also are aware that countless healthcare workers lost their lives in their fight against Covid," he said in the letter.

Vardhan said that if today deaths due to COVID-19 is just 1.13 per cent and recovery rate more than 88 per cent, it is because of the contribution of allopathy and its doctors.

"Even COVID-19 vaccine which has proved to be an effective tool in our fight against the infection has been given by allopathy," he said.

"Baba Ramdev, you are a public figure and your statement holds value. I think that you should give statements on any issue keeping in view the time and circumstances. I hope you will think about it seriously and in view of the sentiments of corona warriors from across the world you will withdraw your statement," he said.

Vardhan said the explanation given by Ramdev is not enough to pacify the sentiments of the people.

The IMA said it has also sent a legal notice to Ramdev seeking 'written apology' and 'recall of statements' by him.

Reacting to the controversy, Patanjali Yogpeeth Trust in its statement issued on Saturday and said, "it is clarified that the truncated version of the video is totally out of context of what is sought to be conveyed by Swami jee."

Asserting that Ramdev has "utmost regards" for doctors and support staff who have been working day and night during such a challenging time of the pandemic, the statement signed by Trust General Secretary Acharya Balakrishna said, "Swami jee has no ill-will against the modern science and good practitioners of modern medicine. What is being attributed against him is false and nugatory."