The counsel of poet-activist Varavara Rao, who has been granted interim bail for six months, on Wednesday sought permission from the Bombay high court to deposit cash bonds instead of two sureties that the HC ordered as one of his bail conditions. 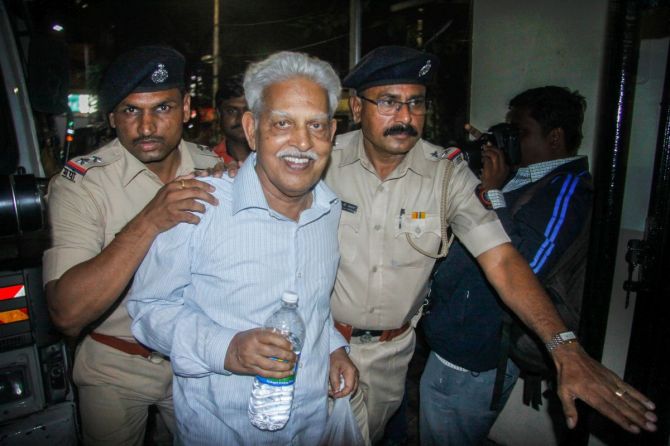 IMAGE: Poet-activist Varavara Rao being produced in a Pune court soon after his arrest in August 2018. Photograph: PTI Photo

Rao, 82, an accused in the Elgar Parishad-Maoist links case being probed by the National Investigation Agency (NIA), was on Monday granted bail by the HC which asked him to furnish a personal bond of Rs 50,000 and two sureties of the like amount.

Senior advocate Anand Grover told a bench of Justices S S Shinde and Manish Pitale on Wednesday that the process of obtaining sureties was slow.

Grover asked if he could submit cash bonds before the special NIA court now to secure Rao's release on bail, and complete the formalities for the sureties subsequently.

Grover told the bench that the process of obtaining sureties was taking longer owing to restricted work in the wake of the COVID-19 pandemic.

The bench, however, said it could not grant the prayer without hearing the NIA.

It directed Grover to file an application for the same and mention it for urgent hearing on Thursday morning.

On Monday, the bench led by Justice Shinde granted interim bail for six months to Rao on medical grounds.

It imposed several conditions on his release, including a direction to him to remain in the city, within the jurisdiction of the NIA court in Mumbai.

Rao is currently admitted in the Nanavati Hospital in Mumbai and will be discharged and released on bail if his health condition is stable and once the bail formalities are completed. 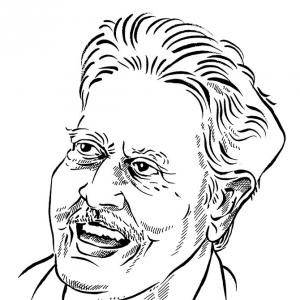