News
Business
Movies
Sports
Cricket
Get Ahead
Money Tips
Shopping
Sign in  |  Create a Rediffmail account
Rediff.com  » News » This Varanasi suspect may have played a role in 26/11

This Varanasi suspect may have played a role in 26/11

The Mumbai police were looking for a 26/11 link in Salim Mozawalla, 28, an agent of Pakistani spy agency Inter Services Intelligence, who was picked up after the Varanasi blasts.

Souces tell rediff.com that Mozawalla is no doubt an agent of the ISI, but his links are more with the Indian Mujahideen, which claimed responsibility for the Varanasi blast, and they are trying to find out from him how the outfit is re-grouping in India.

Mozawalla, who has his roots in Azamgarh in Uttar Pradesh, was a key member of the Indian Mujahideen. His name had also surfaced during the Gujarat and Delhi blasts.

Mozawalla, according to the Intelligence Bureau sources, is a key operative in the Indian Mujahideen. His links to the 26/11 attacks are still being probed and this is being done on the basis of the calls he has made to Karachi during his stay in Mumbai.

The IB says that no direct role of his in the 26/11 attacks has emerged so far, but there is surely a deep-rooted connection with the Indian Mujahideen which very recently carried out the Varanasi blasts, in which two people were killed and 37, including six foreigners, were injured.

Investigators are basing their probe on the calls he has been making to numbers in Pakistan where he has been sharing information about incidents of terror in India.

During the last conversation he had with a person in Pakistan, he was heard discussing the Varanasi blasts. They are now verifying his call records at the time of the 26/11 attacks and are trying to ascertain whether he had played any role in that attack.

The primary investigation conducted on him is focused around the build up of IM sleeper cells and modules in Uttar Pradesh and Maharashtra.

Hailing from Uttar Pradesh, he started off as a member of the banned Students Islamic Movement of India before moving into the IM. He was suspected to have been involved in the activities of the IM when the outfit carried out a spate of blasts across the country. The police had at that point of time said that he specialised in making bombs.

After the police crackdown on IM, he was actively helping re-building the organisation. Today both the IB and the police are looking for clues from him to find out from where exactly the modules of IM are operating and how they are planning to re-organise their outfit.

In addition to this they are also looking for information on the recent blasts. Sources say that he has been giving some information regarding the active modules of the IM and they would need more time to ascertain his exact role in the Varanasi blasts. Prima facie it appears that he was in the know of things and his phone calls are proof of that.

The police also have his SIM cards and other documents that are currently being verified. Mozawalla had set up shop in Byculla in Mumbai and is believed to have been operating out of there undercover. 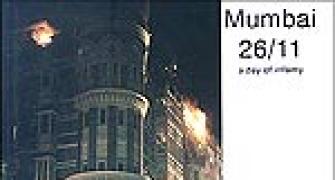