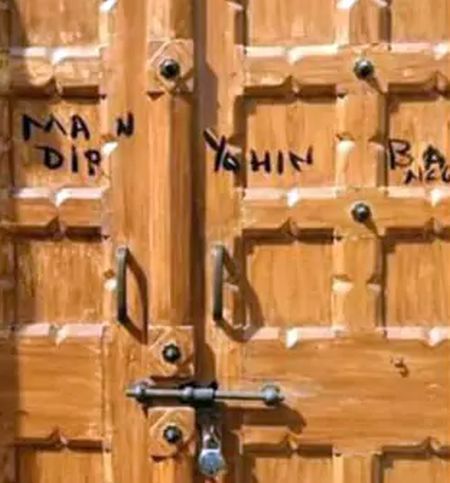 Controversial quotes were reportedly found written on the door of a chapel at Delhi University’s St Stephen’s college.

Students union president Sai Aashirwaad said inflammatory quotes like ‘Mandir Yahi Banega’ were found written on the chapel’s main door, while an ‘Om’ symbol along with the words ‘I’m going to hell’ was found on the cross situated behind the chapel on Friday.

“The messages, however, were cleared today,” he said.

The college administration had announced preparatory holidays for students from April 28, with only those having practical exams attending the college.