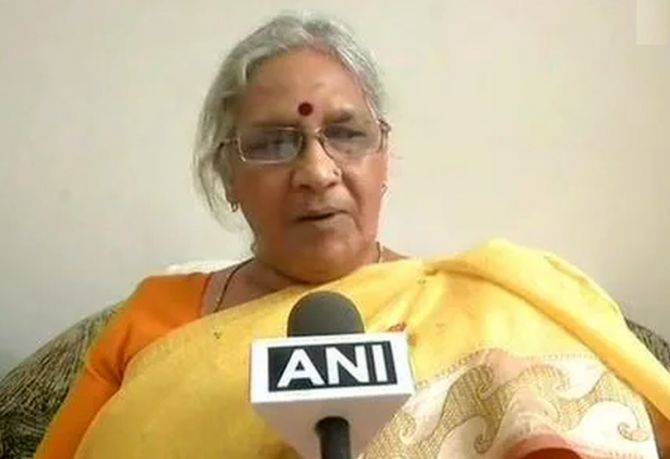 The niece of former prime minister Atal Bihari Vajpayee died at a private hospital on Monday night, they said.

Shukla (70) was a member of the 14th Lok Sabha and represented the Janjgir-Champa Lok Sabha constituency in Chhattisgarh.

She quit the Bharatiya Janata Party in 2013 claiming the party was under a grip of power politics.

After having ended her 32-year-long association with the BJP, she joined the Congress in 2014 and contested the Lok Sabha election that year from the Bilaspur constituency but was defeated by BJP's Lakhan Lal Sahu.

She contested the 2018 assembly election from Rajnandgaon and was defeated by former chief minister Raman Singh.

"My aunt Karuna Shukla is no more. The ruthless coronavirus snatched her away. I continued to get her blessings," Baghel tweeted in Hindi.