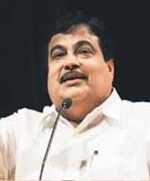 Nitin Gadkari on Monday termed as "unfounded" remarks of Rashtriya Swayamsevak Sangh ideologue M G Vaidya that Gujarat Chief Minister Narendra Modi was behind the campaign to make him quit as the Bharatiya Janata Party president and said all party leaders are working unitedly for the organisation.

In a statement issued in New Delhi, Gadkari also rejected Vaidya's attempt to link recent comments by party MP Ram Jethmalani with Modi. "The BJP completely rejects such insinuation, as it is totally unfounded. All central leaders of the party and its chief ministers have been working cohesively and unitedly for the cause of the party," he said.

In his blog, Vaidya lamented the public statement of Jethmalani in which he had demanded the resignation of Gadkari and had sought projection of Modi as prime ministerial candidate.

Gadkari said the BJP is fighting Gujarat assembly elections with "complete unity of purpose" and mutual confidence. "The BJP is firmly and unitedly behind Narendra Modi and we are confident that the party will win decisively in the ensuing assembly elections," he said.

Vaidya has said the needle of suspicion in the anti-Gadkari campaign in the BJP points towards Modi who has never denied his ambition to become prime minister.

The RSS was quick to distance itself from Vaidya's remarks with Sangh leader Ram Madhav noting that it may be the ideologue's personal view and
"it is not the opinion of the Sangh."