BJP leaders also say it will be a very difficult task before the new chief minister pleasing the 56 party MLAs, reports Shishir Prashant. 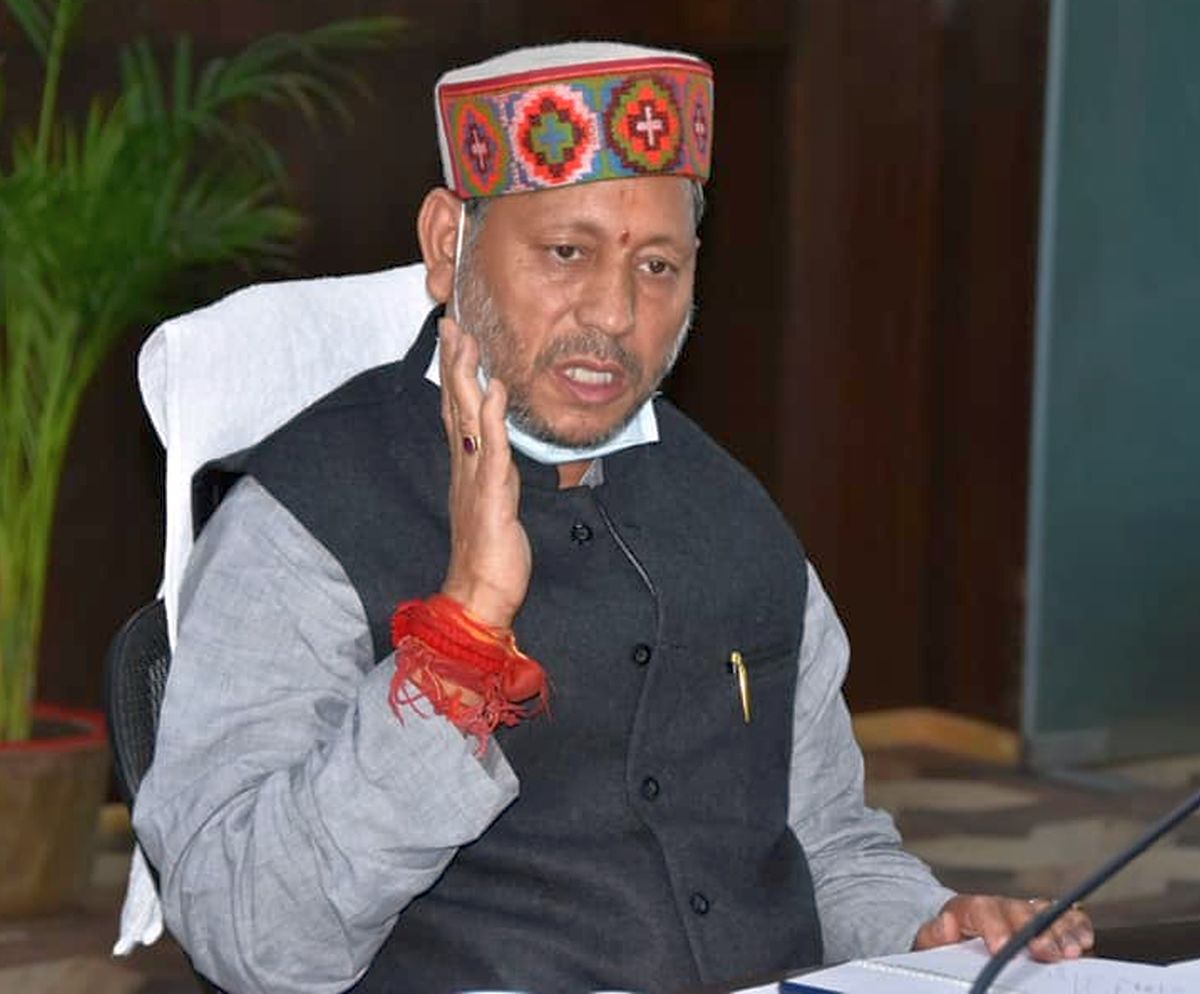 Lathi dande hamne khaye, aur malai ab BJP aur Congress wale kha rahe hain (we were beaten up (during the statehood agitation) and now the cream is being taken away by BJP and Congress people)”

This is a refrain one hears from statehood activists in Uttarakhand.

This is true in a way that most of the chief ministers and ministers in the present and the previous governments in the hill state were not actively involved in the statehood agitation.

Even the late N D Tiwari, who became chief minister following the first election after the formation of the state, was opposed to the creation of Uttarakhand.

It is an irony that top statehood activists like Sushila Baluni could not even become minister.

The faction-ridden Uttarakhand Kranti Dal, credited with spearheading the statehood movement, has miserably failed in most of the elections in the state.

Interestingly, all chief ministers offer prayers at the statehood memorial in Dehradun on the day of taking office to pledge that they would work to fulfil the dreams of the martyrs.

But most of these dreams remain unfulfilled.

Some of the big issues promised during the statehood agitation were the formation of the full-fledged capital at Gairsain, 27 per cent reservation for the hill people in government jobs, and government jobs to locals only in the class III and Class IV categories.

None of these issues has been taken up by any government so far. BJP sources say these are not on the party’s agenda and would not be considered in future either.

Even if these issues are not considered, new Chief Minister Tirath Singh Rawat is still facing plenty of challenges ahead -- the biggest being that of scoring victory in the assembly election, which is just a year away, and also becoming an MLA within six months of appointment.

Rawat has crossed the big hurdle of expanding his cabinet.

A couple of MLAs might be sulking for not getting a berth but there is no revolt.

The only thing favouring Rawat is his no-nonsense attitude where he would like to take all BJP leaders into confidence.

He also took blessings from former chief minister B C Khanduri to send the message that he would like to pursue the policies of his mentor.

But political analysts say due to his amiable nature, defeating the Congress in the election would not be a big problem as the opposition is also a divided house with most its top leaders joining the BJP before the 2017 assembly elections.

The Congress has a strength of just 11 in the 70-member House.

It will be an uphill task for Congress to find suitable candidates.

There is one seat vacant at Sult in the Kumaon region, where the sitting MLA, Surendra Singh Jeena, died last year.

But most probably, Rawat would like to contest from a place in Garhwal (Kumaon and Garhwal, often rivals, are the two principal regions in the state).

Another big challenge before Rawat is the shrinking size of capital expenditure against revenue expenditure.

In this year’s Budget also, there was hardly any improvement as far as capital expenditure was concerned. Due to this many developmental works, particularly related to roads, are delayed.

A big reason for the removal of Trivendra Singh Rawat was that he did not show promptness in the Chardham highway project and other developmental and rehabilitation works related to the Kedarnath disaster.

They are closely monitored by Prime Minister Narendra Modi.

The incumbent Rawat must show agility in dealing with these, say BJP leaders.

Rawat has made it clear there will be no restriction regarding the participation of pilgrims in the ongoing kumbh mela at Haridwar.

But the recent spread of coronavirus in states like Maharashtra has posed a big challenge before the state government in enforcing the COVID-19 protocol.

Last but not the least, BJP leaders also say it will be a very difficult task before the new chief minister pleasing the 56 party MLAs.

“They (MLAs) all want immediate results,” said a BJP leader.