One more body has been recovered from a flood-hit area in Uttarakhand's Chamoli district, taking the toll in the glacial disaster to 62, even as search and rescue operations continued for the 13th day at the NTPC's Tapovan-Vishnugad hydel project site. 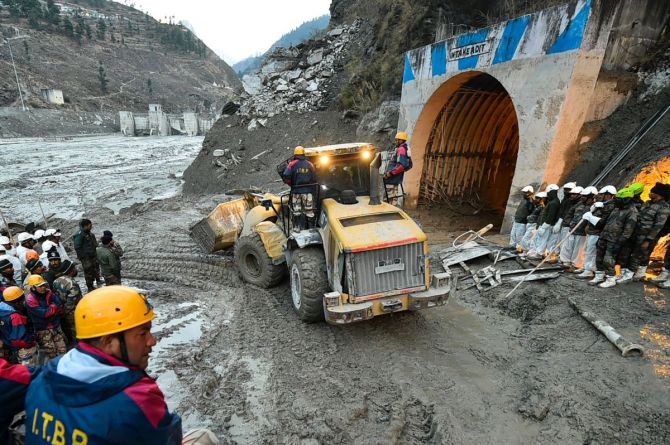 One body was recovered late Thursday night from the banks of the Alaknanda at Helang between Joshimath and Pipalkoti, Chamoli district police said on Friday.

The body was found at a coffer barrage of the THDC, it said. With this recovery, the toll in the February 7 disaster has risen to 62 while 142 people are still missing, they said.

The number of bodies recovered from the intake Adit tunnel of Tapovan-Vishnugad hydel project where a massive search operation has been under way ever since the tragedy struck still stands at 13.