At least 37 incursions of Chinese forces have been reported during the last five years in Uttarakhand, which has a 350 kilometer long border with China, Chief Minister Vijay Bahuguna said on Monday.

Underlining the importance of a potent road network in the border areas, Bahuguna said the centre has sanctioned 12 strategic roads in border areas but the progress has been slow owing to forest clearances.

"Expediting the construction of border roads and tracks is crucial especially in view of the modern highways constructed by China right upto the international border with India," he said.

Bahuguna also raised concerns about the threat posed by the Moists in Nepal who have declared Kalapani in Pithoragarh district to be a Nepalese territory and repeatedly threatening to march to it.

"A frontal organisation of the Nepalese Maoists, the Young Communist League (YCL), is very active in the Nepalese province of Mahakali Anchal, which has borders with Uttarakhand," the chief minister said.

The chief minister said intelligence inputs indicate that CPI Maoists have designs to deploy People's Liberation Guerilla Army cadres in Uttarakhad and intensify their tactical counter-offensive campaign in order to push the state into the "fourth stage" of the revolutionary movement.

Bahuguna said 50 border outposts of SSB have been sanctioned to guard the 275 kilometer long Indo-Nepal border.

The chief minister said that state has some very important religious shrines and several sensitive installations besides a porous border with Nepal which makes it a sensitive state from the security point of view.

The chief minister said a total of 139 installations in the state have been identified on the basis of their security related sensitivity and divided into four categories.

He said 127 standard operating procedures have been drawn up in connection with the security of these units.

"Though the state intelligence and security agencies have also been vigilant, the porous international border continues to pose a security threat to the state. The central government should focus on upgrading the intelligence network along the international border. Surveillance and reconnaissance in border areas by the central forces also needs to be stepped up," Bahuguna said.

The written speech of the chief minister submitted by the Uttarkhand government at the conference said 16 frontal organisations of Maoists have been activated in the state, which are focusing on students, labourers, peasants, and women to gain popular support and discredit the establishment.

He said intelligence inputs also indicate a gradual increase in the activity of CPIMaoist cadres, making it a vulnerable target for left-wing extremism.

He said the socio-economic and geographical conditions of the state, too, make it more vulnerable to extremist left wing influence.

On the issue of police reforms, Bahuguna said the Supreme Court has asked for separation of investigation and law and order wings of the police for areas having population above 10 lakh but the state, despite having no such area, has carried out exercise in 29 districts. 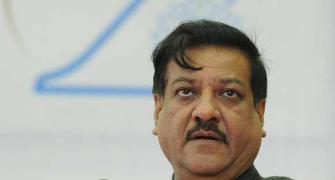 Congress CMs in CRISIS: Chavan, Reddy, Chandy and more
'It was nothing but hell to deal with Air India' 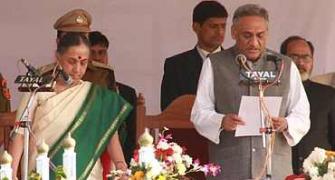 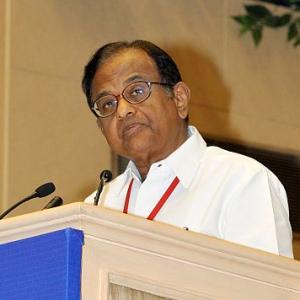 We will not change Uttarakhand CM: Congress