Uttam's Take: Claws and the Gun

On Monday, August 13, cartoonist Satish Acharya informed the world via a Facebook Post that he had decided to exit the newspaper he was working for after its editor chose to publish a photograph instead of his cartoon on China.

In the light of what Satish said and after Monday evening's attempt on activist Umar Khalid's life, Uttam Ghosh offers his take on how the growing mood of fear is crushing the Spirit of India. 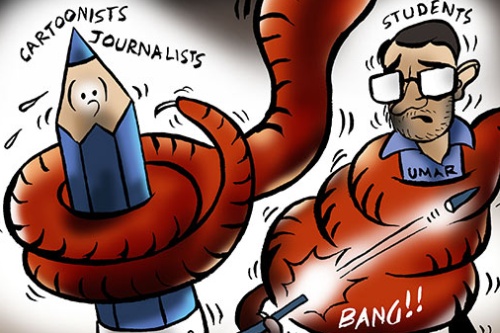