Hell hath no fury like a scientist scorned. Defiant employees from multiple US government agencies are fighting the Trump administration's gag orders on climate change and penchant for 'alt facts' with 'rogue' Twitter accounts. 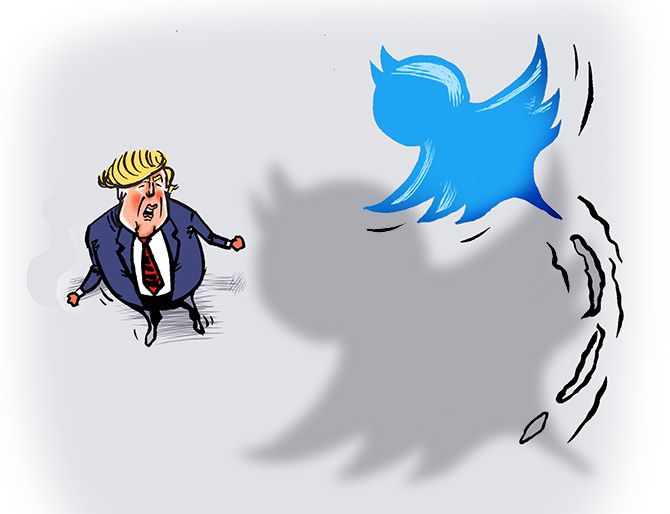 When United States President Donald Trump -- who has called climate change a hoax -- began his presidency with making the White House delete the climate change policies on its website, he definitely didn't see this coming. Defiant employees from multiple US government agencies established "alt" Twitter accounts to bypass the muzzle and fight the Trump administration's penchant for "alt facts".

The movement began with the Badlands National Park @BadlandsNPS tweeting about global warming.

"Badlands National Park tugged on Superman's cape Tuesday. It spit into the wind. It pulled the mask off the old Lone Ranger, and it messed around with President Trump," The Washington Post wrote. "With the Trump administration placing a gag order on the Environmental Protection Agency, shutting down its Twitter feed, forcing employees off their individual accounts and dismantling Web pages with climate-change information, Badlands went rogue." Though the tweets -- reportedly posted by a former Badlands National Park employee -- were soon deleted, it was too late. They had been retweeted thousands of times and many had screenshots as back-up. A movement had begun.

The RedwoodsNational Park tweeted about the role of trees in containing climate change: "More redwoods would mean less #climatechange".

Golden Gate National Recreation Area tweeted, "2016 was the hottest year on record for the 3rd year in a row", with a link to a NASA report on climate change.

Death ValleyNational Park's account tweeted about the internment of Japanese-Americans at the park during World War II. It was seen by many as a stand against Trump's pledge to ban Muslims from entering the US.

And as it became clear that the Trump administration would go on muzzling federal workers (especially those at the EPA and the departments of interior, agriculture, and health and human services) unofficial resistance teams began to emerge. Accounts like @AltNatParkSer, @ActualEPAFacts, @RogueNASA, @Alt_NASA and @Alt_CDC -- to name just a few of the more than 50 such handles -- were created and quickly gathered hundreds of thousand of followers.

It pinned a tweet stating, 'Can't wait for President Trump to call us FAKE NEWS. You can take our official twitter, but you'll never take our free time!'

@ActualEPAFacts, which was followed by 143K people, said, 'He can take our official Twitter but he'll never take our FREEDOM. Unofficial EPA resistance. #factsmatter.' It added, "Stay in your lane Donald. Leave the sciencing up to the scientists. #factsmatter #NotAlternativeFacts"

The @RogueNASA account, called itself "The unofficial 'Resistance' team of NASA. Not an official NASA account. Not managed by gov't employees. Come for the facts, stay for the snark," adding "If (when?) the time comes that NASA has been instructed to cease tweeting/sharing info about science and climate change, we will inform you."

Interestingly, the @AltNatParkSer account already has more than three times as many followers as the official @NatlParkService account.

And as Reuters reported, "Because the Twitter feeds were set up and posted to anonymously as private accounts, they are beyond the control of the government."

Forbes, which investigated the security and copyright aspects of these accounts, noted, "These new accounts also raise the fascinating question of whether 'alternative' or 'rogue' or 'resistance' social media accounts will become a new norm even in Western nations that have not typically had a history of 'governments in exile'… In the end, the rise of this 'rogue' Twitter army offers many lessons as governments move beyond the traditional controlled confines of reserved communication channels like press conferences and restricted web domains to the open and chaotic free-for-all of social media. It will be fascinating to see how it all plays out." 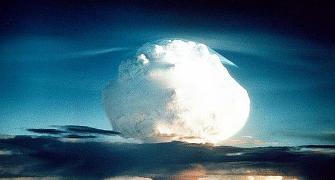 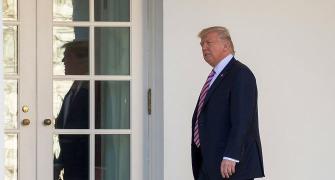 Trump gets only 36% job approval for first 5 days 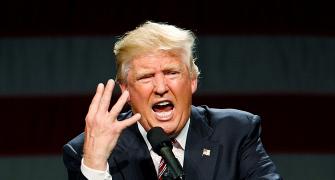 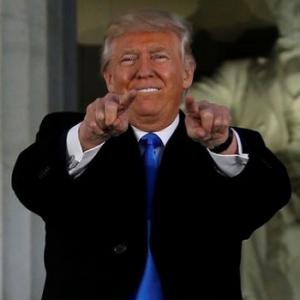 Were you following @POTUS?