Federal Bureau of Investigation Director James Comey has asked the Department of Justice to refute US President Donald Trump's allegations that his predecessor Barack Obama had ordered wiretapping of the Trump Towers during the presidential elections, at least two media reports have said. 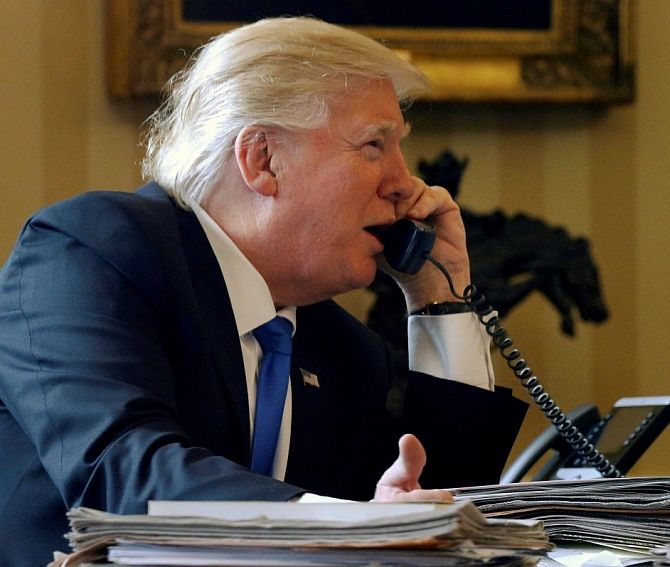 Neither the White House nor the FBI or the Department of Justice respond immediately to the reports published by The New York Times and CNN -– both of which were based on unnamed sources.

"Comey has argued that the highly-charged claim is false and must be corrected, they said, but the department has not released any such statement," The New York Times said.

According to the daily, Comey, who made the request on Saturday after Trump levelled his allegation on Twitter, has been working to get the Justice Department to knock down the claim because it falsely insinuates that the FBI broke the law.

The New York Times described the FBI request as remarkable.

"The FBI made the request because such wiretapping would be illegal, since the President cannot just order eavesdropping of a US citizen's phones, sources said," CNN reported.

Meanwhile, James Clapper, who was director of National Intelligence during the Obama administration, told NBC News that there was no wiretapping activities against Donald Trump in the run-up to the US Presidential elections.

"For the part of the national security apparatus that I oversaw as DNI, there was no such wiretap activity mounted against the president-elect at the time or as a candidate or against his campaign," Clapper said.

"I can't speak for other title 3-authorised entities in the government or a state or local entity," he said.

In this capacity, Clapper oversaw the working of top American intelligence agencies including the CIA.

Trump, in a series of tweets on Saturday, claimed that his predecessor had tapped the telephones at the Trump Tower.

Clapper said he would have known had there been any court order on Foreign Intelligence Surveillance Act against Trump.

"I would know this (FISA court order)... Not to my knowledge," he said when asked if he was aware of any such order either against Trump or against the Trump Tower.

Clapper said till the time he was heading DNI there was no evidence of collusion between the Trump Campaign and the Russian authorities.

"I do think, though, it is in everyone's interest, in the current president's interests, in the Democrat's interests, in the Republican interests and the country's interest to get to the bottom of all of this, because it's such a distraction. And certainly the Russians have to be chortling about the success of their efforts to sow dissension in this country," Clapper said.

Before leaving the administration, Clapper headed a team that released a report on the alleged Russian interference into the general elections.

Terming the reports of wiretapping "very troubling", the White House on Sunday said that Trump has asked Congress to investigate the allegations of him being wiretapped by his predecessor Barack Obama before the 2016 elections.