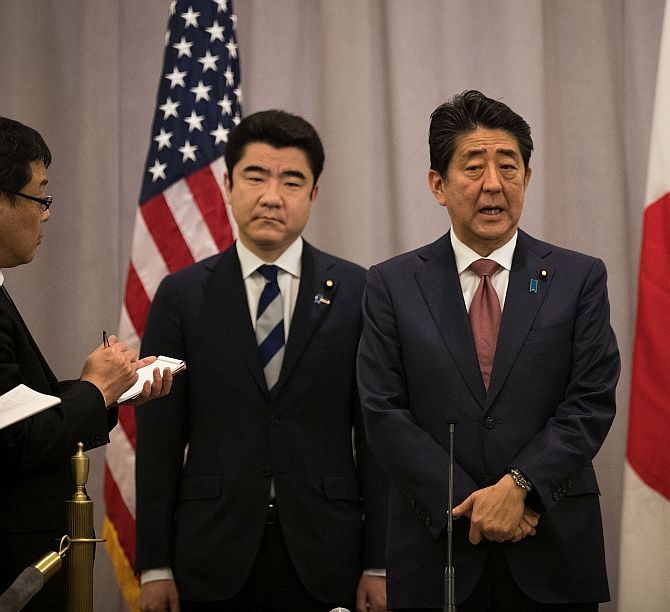 The meeting, after which Abe said the two leaders can have "a relationship of trust", lasted for about 90 minutes at the Trump Towers in New York on Thursday.

Presidential transition team has described the meeting as private.

"I am very honoured to see the President-elect ahead of other world leaders. The Japan-US alliance is the axis of Japan's diplomacy and security. The alliance becomes alive only when there is trust between us," Abe told media persons after the meeting, which was closed for the press.

This was Trump's first meeting with a foreign leader after he was voted to power in one of the most surprising results of a US presidential election held on November 8.

He has spoken with as many as 32 world leaders including Prime Minister Narendra Modi.

Image: Japanese Prime Minister Shinzo Abe speaks to reporters following a meeting with President-elect Donald Trump in New York City. Trump and his transition team are in the process of filling cabinet and other high level positions for the new administration. Photograph: Drew Angerer/Getty Images 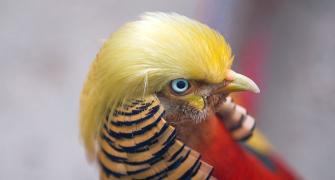 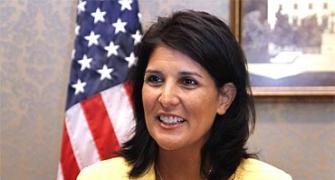 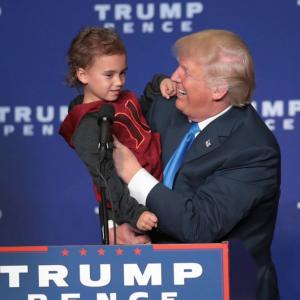 'Be kind to all people': Kids write letters to Trump to be a 'nice president'