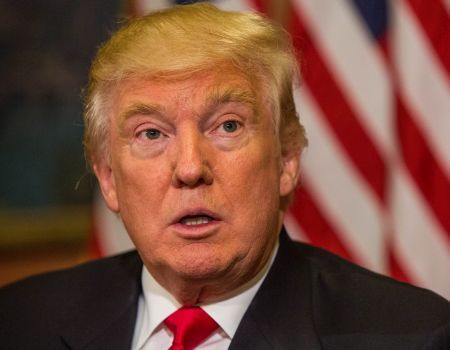 A United States-based professor, who was among the few prognosticators who had predicted Donald Trump’s victory, has made another stunning prediction that he will be eventually impeached by a Republican Congress and replaced by a leader who can be trusted and controlled.

Professor Allan Lichtman has predicted that if elected, Trump, 70, would eventually be impeached by a Republican Congress that would prefer a President like Mike Pence -- someone whom establishment Republicans know and trust, the Washington Post reported.

“I’m going to make another prediction. This one is not based on a system; it’s just my gut. They don’t want Trump as president, because they can’t control him. He’s unpredictable. They’d love to have Pence -- an absolutely down-the-line, conservative, controllable Republican,” Lichtman said.

He said he is “quite certain” Trump will give “someone grounds for impeachment, either by doing something that endangers national security or because it helps his pocketbook.”

The stunning prediction is similar to what an op-ed columnist for the New York Times David Brooks said about Trump’s future within the next year.

“Trump’s bigotry, dishonesty and promise-breaking will have to be denounced. We can’t go morally numb. But he needs to be replaced with a program that addresses the problems that fuelled his ascent. After all, the guy will probably resign or be impeached within a year. The future is closer than you think,” Brooks said in an NYT column.

The Washington Post report said few prognosticators had predicted a victory for Trump and polls had shown Hillary Clinton comfortably ahead with much of America failing to anticipate the wave of pro-Trump support that propelled him to victory.

Lichtman, however, had insisted that Trump would win due to the idea that elections are “primarily a reflection on the performance of the party in power.”

Lichtman uses a historically based system of what he calls “keys” to predict election results ahead of time. He had outlined how President Barack Obama’s second term set the Democrats up for a tight race, and his keys tipped the balance in Trump’s favour.

Image: Professor Allan Lichtman had made the stunning prediction that Donald Trump would be elected as US president. Photograph: Zach Gibson/Getty Images)