Thousands of people took to the streets on Monday to take part in ‘not my Presidents’ Day’ protests against Donald Trump.

Tens of thousands of people were expected at the Los Angeles event and nearly 50,000 are due to turn out in New York City.

Here are some scenes from the protests. 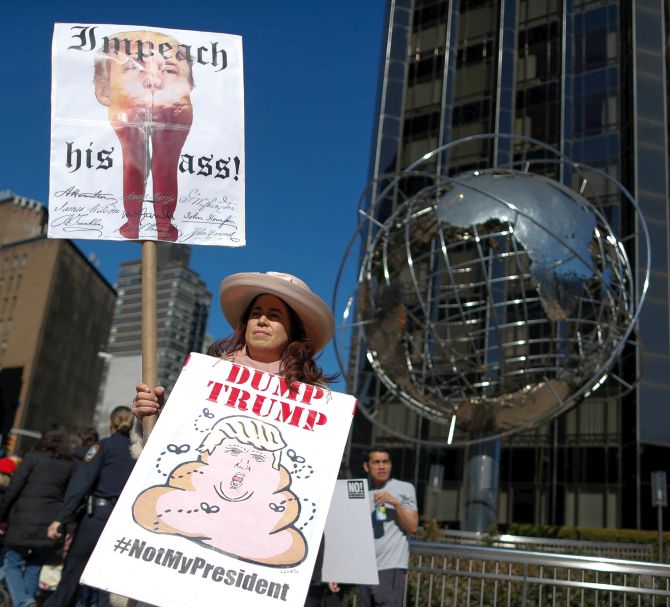 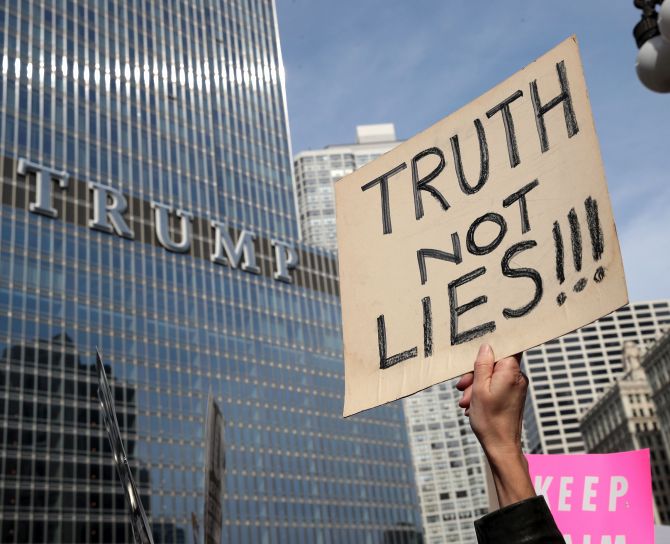 Demonstrators stage a Presidents Day protest near Trump Tower in Chicago. The Trump International Hotel & Tower, the place of the protest, has been site of several large protests since Inauguration Day. Photograph: Scott Olson/Getty Images 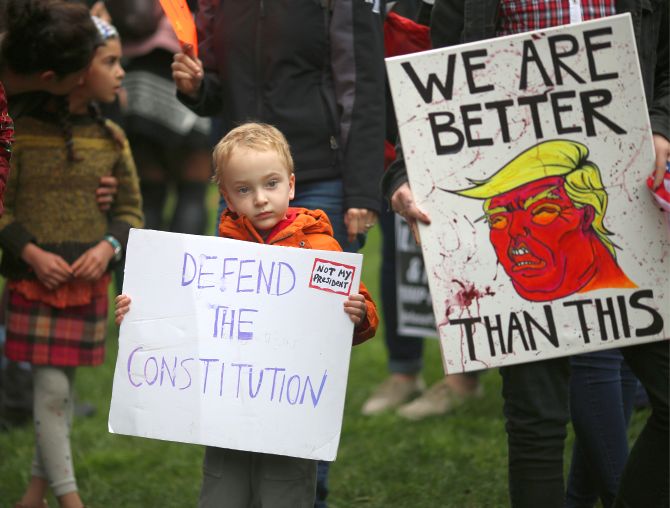 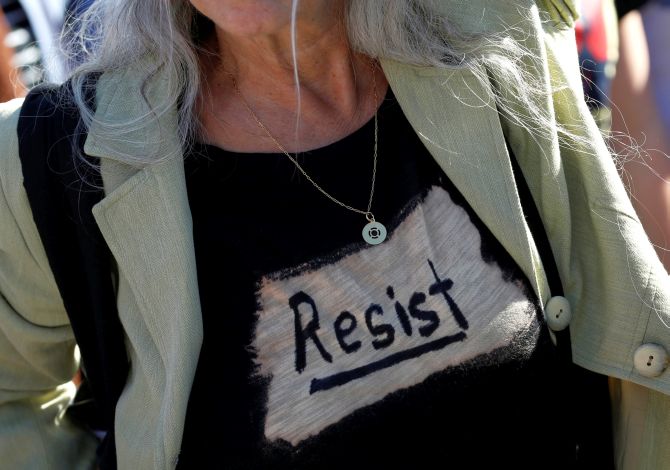 Several people wore 'Resist' T-shirts and carried placards reading the same as a message to others. Photograph: Eduardo Munoz/Reuters 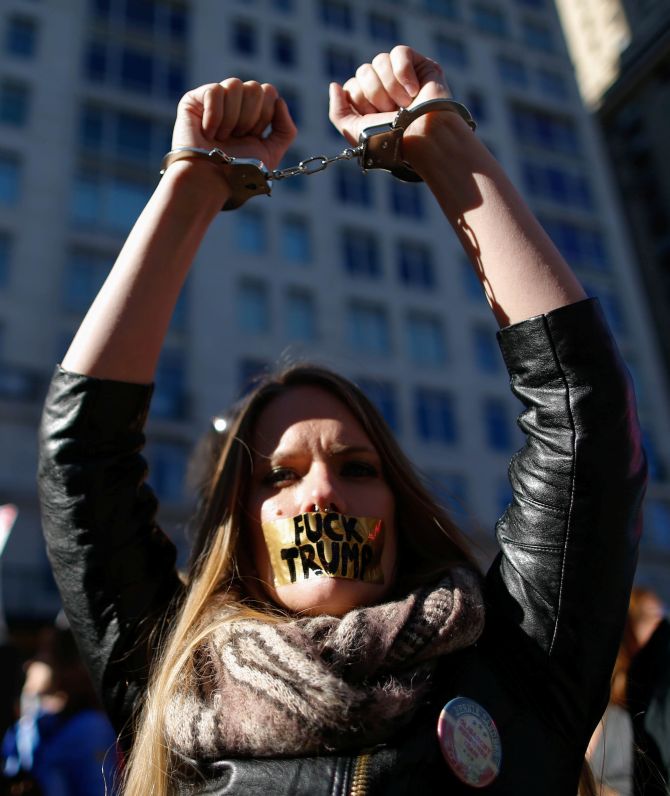 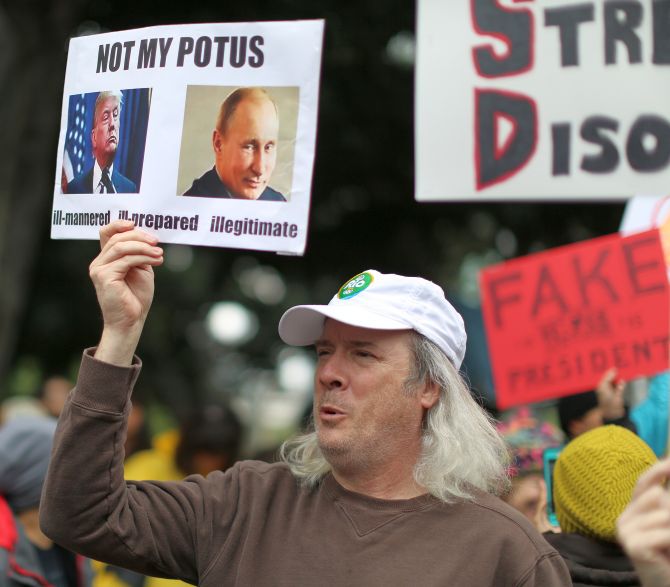 Protesters march towards the White House as part of a 'Not My Presidents' Day' demonstration against Donald Trump. Photograph: Yuri Gripas/Reuters 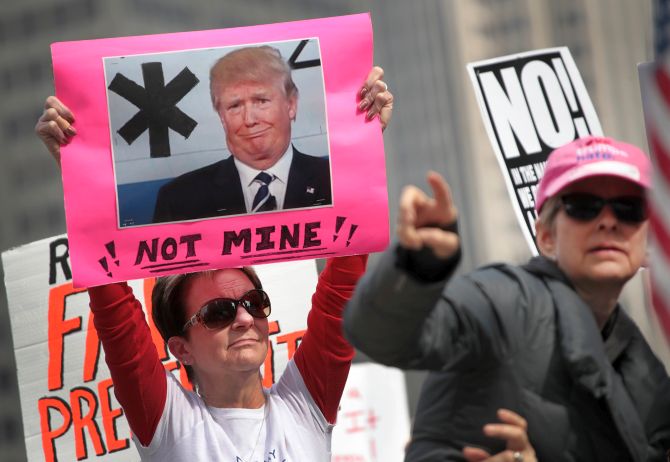 Protests were mostly peaceful, but in Portland the police clashed with the protesters. Photograph: Scott Olson/Getty Images 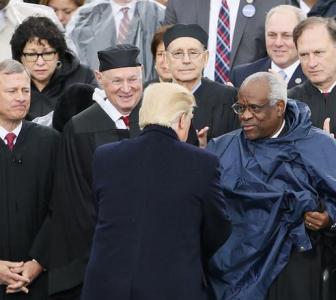 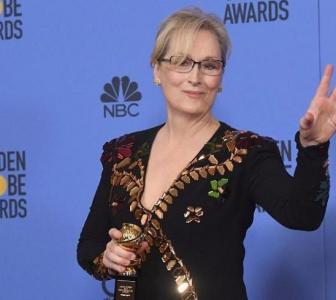 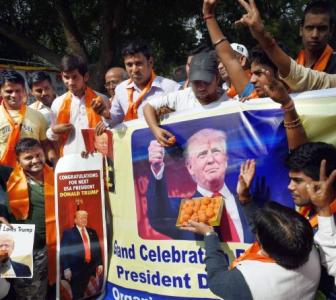 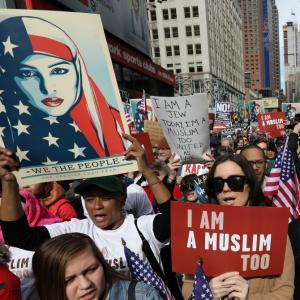