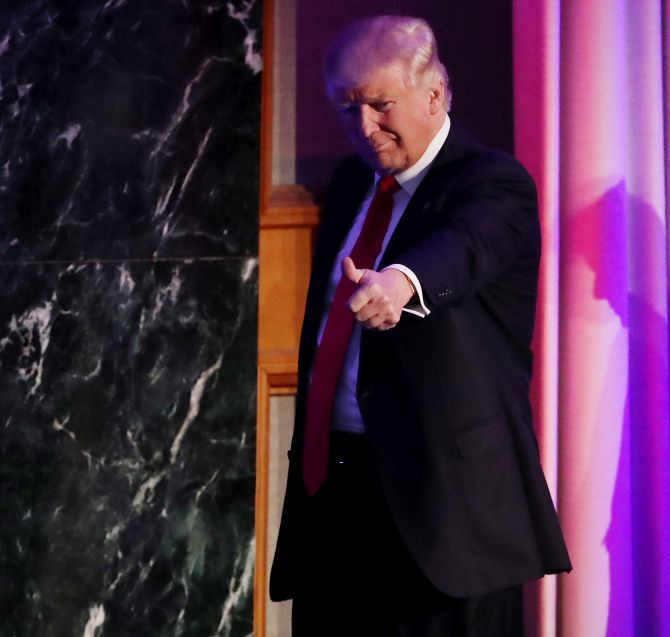 Islamic State and Al Qaeda jihadists have ‘hailed’ Donald Trump’s win in presidential polls as the beginning of “dark times” for the United States with some extremists predicting America’s “demise” at the hands of the billionaire businessman, according to media reports.

Shortly after Trump was declared the victor, a number of prominent ideologues linked to jihadist outfits in the Middle East took to social media to cheer the prospect of a Trump presidency, The Washington Post reported.

Social-media sites associated with both the Islamic State and Al Qaeda hailed Trump’s success as the beginning of “dark times” for the United States, marked by domestic unrest and new foreign military campaigns that would sap the strength of the American superpower, the report said.

“Rejoice... and find glad tidings in the imminent demise of America at the hands of Trump,” Islamic State-affiliated Al-Minbar Jihadi Media network was quoted as saying.

The remarks of jihadists signalled their apparent belief that the victory of a candidate like Trump, who has suggested blocks on Muslim immigration and advocated torture, undermines the US’ moral standing in the world.

“Trump’s win of the American presidency will bring hostility of Muslims against America as a result of his reckless actions, which show the overt and hidden hatred against them,” said an essay, provided by the SITE Intelligence group, a private organisation that monitors jihadists’ web sites.

Rita Katz, director of the SITE Intelligence Group, on Twitter said, “Al-Qaeda & IS supporters on election: Trump exposes US’ hatred of Muslims, will contribute to America/West’s downfall -- likening to Brexit.”

“Jihadists warn that Trump will unite the mujahideen; Announce: ‘Bring it on, Donald’; ‘The mujahideen are ready!’ another tweet by Katz said.

A pro-Al Qaeda al-Maqalaat Twitter account predicted that Trump would “make the US Enemy No.1 again,” in the Muslim Middle East.

“Trump will serve as the perfect straw man for the next four years, like Bush did before him,” it said.

Abu Muhammad al-Maqdisi, a jihadist ideologue linked to Al Qaeda, gloated about Trump’s victory, suggesting that it “may be the beginning of America’s fragmentation and the era of its breakup,” according to the Post.

Just ahead of polls, the Islamic State terror group had called for “slaughter” of American voters on election day and urged Muslims not to participate in the democratic process.