United States dock workers on Thursday thoroughly searched containers aboard a cargo ship at a New Jersey port where the vessel arrived after loading freight in India, Pakistan and Egypt, fearing that one of the boxes might be carrying stowaways.

However, they were unable to find any stowaway so far even after going through some 150 containers.

The search began after a Coast Guard inspection team heard knocking for about two hours that suggested stowaways might be inside one of the boxes.

"US Department of Homeland Security (DHS) law enforcement officers and agents are continuing to investigate allegations of stowaways on a container ship that arrived in Newark, New Jersey," on Thursday, Harold Ort, spokesperson of the US Immigration and Customs Enforcement (ICE) Newark, said.

"At this time, over 150 targeted containers have been examined and no stowaways have been found. Officials will continue to examine containers," Ort told PTI in response to a question.

Officials were aboard the Ville D'Aquarius and conducting a thorough investigation of the vessel.

The search operation began on Wednesday morning after a Coast Guard team heard sounds consistent with humans coming from a container buried under a stack of others.

The container, according to a manifest, was carrying machine parts to Norfolk, Virginia.

It was loaded aboard The Villa D'Aquarius in India, Coast Guard spokesman Charles Rowe said.

The ship is reported to have started its journey on May 30 in the United Arab Emirates. Thereafter, it made one stop in Pakistan, two in India and final one in Egypt on June 15.

The ship docked at the Port Newark on Wednesday and soon the boarding party heard sounds consistent with people coming from the container.

According to local 'Star Ledger' in New Jersey, Walter Arsenault, executive director of the Waterfront Commission of New York Harbor, said he was told that inspectors focused on the 210 containers on board the ship, where Coast Guard crew members said they believed they heard noises from the stowaways originated.

Michelle Krupa, spokeswoman for the Coast Guard New York Command Center, said the Coast Guard conducted a random boarding of the vessel at 1 am as it approached New York Harbor in waters near the Ambrose Light, off Sandy Hook.

During an inspection, the boarding team was conducting a sound check of containers when it encountered one that apparently contained stowaways.

"It was a random boarding, and they were doing a sound check and they knocked on this one and they heard a knocking back," she said. 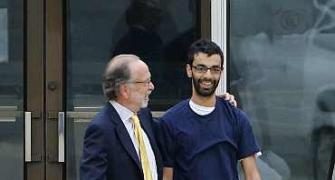 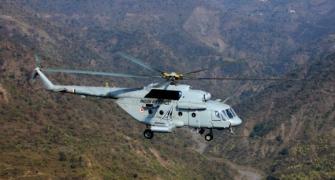 Indian techie wanted for murder found dead in US