US to honour Mother Teresa 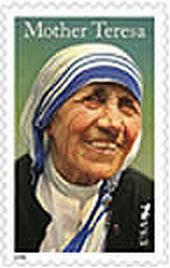 The US Postal Service announced over the weekend that Nobel Peace Prize winner Mother Teresa and legendary Hollywood actress Katharine Hepburn are among the subjects headlining the 2010 stamp programme.

The stamp is tentatively planned to go on sale nationwide August 26, 2010, on the birthday of Mother Teresa, who received the Nobel Prize in 1979 for humanitarian work.

The diminutive Roman Catholic nun and honorary US citizen was known for her compassion towards the poor and served the sick and destitute of India and the world for nearly 50 years.

'With this stamp, the US Postal Service recognises Mother Teresa Her humility and compassion as well as her respect for the innate worth and dignity of humankind, inspired people of all ages and backgrounds to work on behalf of the world's poorest populations,' the USPS said.

An ethnic Albanian, who was born Agnes Gonxha Bojaxhiu Aug. 26, 1910, in Skopje in what is now the Republic of Macedonia, she left her home at the age of 18 to serve as a Roman Catholic missionary in India in 1929.

Having adopted the name of Sister Mary Teresa, she underwent initial training in religious life at a convent in Darjeeling and two years later, she took temporary vows as a nun before transferring to a convent in Kolkata.

She became known as Mother Teresa in 1937, when she took her final vows.

When Mother Teresa accepted the 1979 Nobel Peace Prize -- one of her numerous honours and distinctions -- she did so 'in the name of the poor, the hungry, the sick and the lonely,' and convinced the organisers to donate to the needy the money normally used to fund the awards' banquet.

Well respected worldwide, she successfully urged many of the world's business and political leaders to give their time and resources to help those in need.

Mother Teresa, who died in Kolkata on September 5, 1997, and is buried there had been a citizen of India since 1948.
Suman Guha Mozumder in New York
Related News: Mother Teresa Her, US Postal Service, USPS, Agnes Gonxha Bojaxhiu, Thomas Blackshear II
SHARE THIS STORY
Print this article 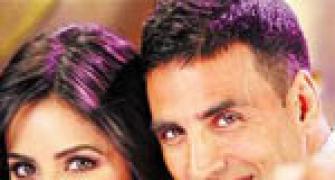 Music is not the USP of De Dhana Dhan

These students campaign against domestic violence

Compulsory voting not the solution in a democracy