US to deploy more supplies, support to Covid-hit India: Blinken

US Secretary of State Antony Blinken on Saturday (local time) said the US is working closely with its partners in the Indian government to deploy more supplies and additional support amid the record upsurge in Covid-19 infections in the country. 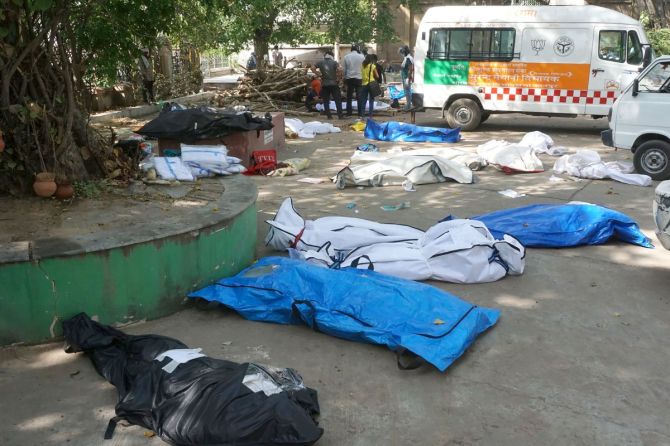 Taking to Twitter, Blinken said that the US was working closely with its partners in the Indian government and will rapidly deploy additional support to the people and health care heroes in India.

"Our hearts go out to the Indian people in the midst of the horrific Covid-19 outbreak. We are working closely with our partners in the Indian government, and we will rapidly deploy additional support to the people of India and India's health care heroes," he tweeted.

Meanwhile, US National Security Adviser (NSA) Jake Sullivan also expressed concern over the severe Covid-19 outbreak in India and said that the US is working 'around the clock' to deploy more supplies and support.

"The US is deeply concerned by the severe Covid outbreak in India. We are working around the clock to deploy more supplies and support to our friends and partners in India as they bravely battle this pandemic. More very soon," he tweeted.

Several US lawmakers have voiced their concerns and have heaped pressure on the Biden administration to extend assistance, release vaccines and other raw materials critical for India.

The US came under pressure after a handful of other big countries have blocked negotiations at the World Trade Organisation (WTO) involving a proposal spearheaded by India and South Africa which now has the support of 100 WTO members. The proposal would temporarily waive the IP rights of pharmaceutical companies to allow developing countries to produce vaccines.

On Friday, Senator Bernie Sanders said it was also in the United States' own interest to ensure as many people were vaccinated as quickly as possible, to limit the chance of virus mutations that could prompt further US lockdowns. But he also appealed to President Joe Biden's desire to rebuild US credibility in the world.

Prominent democrat lawmaker Ed Markey, one of the first US lawmakers to extend his support towards India noted that the US has enough vaccine for Americans and they should not deny countries like India who need support.

Lawmaker Haley Stevens made an appeal to the federal government and the international community to step in and stop the virus outbreak, while Congresswoman Rashida Tlabib pressed that Biden must support India in wake of the alarming Covid-19 situation.

A number of other countries have expressed solidarity with India over the drastic rise in coronavirus cases.

Afghanistan Ambassador to India Farid Mamundzay on Saturday expressed his solidarity with the people of India as the country witnesses a record surge in Covid-19 numbers.

"Afghanistan stands in solidarity with India in its fight against Covid-19. Our thoughts are with everyone affected by the coronavirus pandemic. With a million new cases in the past 3 days alone, compassion, support and act of kindness are more important than ever," Ambassador Mamundzay tweeted.

India on Saturday recorded 3,46,786 new Covid-19 cases, the highest single-day spike since the pandemic broke out last year. According to the official data issued by the government, the country recorded 2,624 new deaths due to ovid-19 in the last 24 hours. 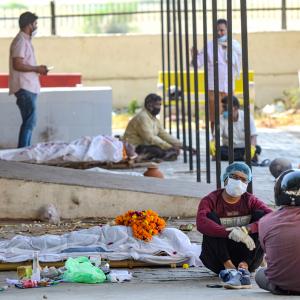