US shifts 5 drones from Shamsi airbase to Afghanistan

The United States has reportedly shifted five unmanned spy planes from an airbase in southwest Pakistan to Afghanistan after Islamabad asked Washington to vacate the facility following a cross-border NATO air strike that killed 24 Pakistani soldiers.

The US has removed all its equipment from Shamsi airbase in Balochistan province, Geo News channel quoted its sources as saying.

Officials of the Federal Investigation Agency have been deployed at the airbase to oversee immigration procedures for departing American personnel, the channel reported on Friday.

The American personnel had dismantled their residential barracks.

A Pakistani military official in Balochistan recently said the US officials in Shamsi had burnt some equipment.

He claimed this was a routine practice as the gear was no longer required.

After the NATO attack on two military border posts on November 26, Pakistan asked the US to vacate Shamsi airbase by December 11.

It also closed all routes used to transport supplies to American and NATO forces in neighbouring Afghanistan.

Geo News reported that Shamsi airbase would be taken over on Sunday by officials from the United Arab Emirates, which had leased the facility from Pakistan in 1992.

The UAE had leased the airbase, located about 300 km from the Balochistan capital of Quetta, for use by members of the country's royal family who travel to Pakistan every year for hunting expeditions.

Shamsi airbase was originally built to operate small aircraft and the US extended the runway so that larger military aircraft could be based there.

The UAE gave the US access to the airbase after the 9/11 terror attacks.

Numerous reports by the Pakistani and American media have said that Shamsi was used by CIA-operated drones that carried out attacks on militants in Pakistan's restive tribal belt.

Prime Minister Yousuf Raza Gilani had said this week that the US had been asked to vacate the airbase by December 11.

US officials recently said they have a backup plan to use facilities in Afghanistan if they were unable to use the Shamsi airstrip. 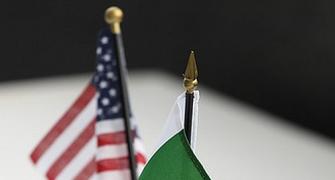 'When they torch tankers, it's not our fuel they are torching'
Pak army does not expect transparency in NATO probe: Report
Bonn conference on Afghanistan fails to achieve much

US to vacate Shamsi airbase in Pak by Dec 11 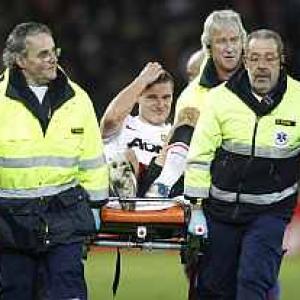 Manchester United defender Vidic out for the season