'US school shooting victims were students of first grade'

Two days after the horrific shooting at an elementary school in Connecticut killed 20 children and six adults, United States authorities on Sunday identified the younger victims as first graders, who were shot multiple times by a long rifle.

Autopsies were conducted on the 26 victims, including 12 young girls and eight boys.

"They (the 20 children killed in the attack) were first-graders," Connecticut Chief Medical Examiner Wayne Carver told reporters, before the police department released the names of all the victims.

"This is a very devastating set of injuries," he said, adding that all of the children had been shot multiple times by a long rifle, which was one of the three weapons that Lanza was carrying.

The attack was "the worst I have seen," Carver said.

He added that in the seven autopsies he had performed, the victims had between 3 to 11 wounds. Sixteen of the 20 children were six-year-olds while the rest were seven years old.

Lanza had killed his mother Nancy in her apartment in the Connecticut town on Friday and then driven to the school, where he gunned down another 26 people before turning the weapon on himself, in one of the deadliest mass shootings in US history.

Connecticut State Police's Paul Vance said the gunman had forced his way into the school.

In new details that emerged about the shooting, it was revealed that the principal and the school psychologist were shot as they tried to tackle the gunman, in order to protect the students.

One young boy, who was in the classroom when Lanza opened fire, said the students ran past the gunman as he stood in the hallway.

School Superintendent Janet Robinson said teachers and staff members turned into heroes for the children, saving their lives with 'incredible acts of heroism'.

While one teacher had helped children escape through a window, the librarian hid with students in a closet and handed them papers to draw on, to distract them from the mayhem and violence that was unfolding not far from them. 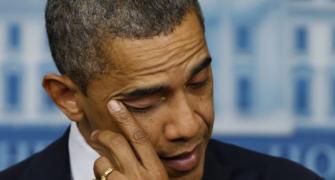 Our hearts are broken today, says tearful Obama
Indian jailed for threatening to bomb US company 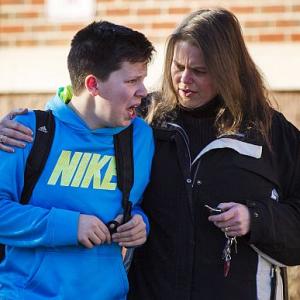 Day after US shooting, cops try to read gunman's mind 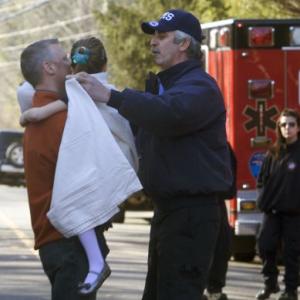 Over 100 people have died in campus shootings in US