News
Business
Movies
Sports
Cricket
Get Ahead
Money Tips
Shopping
Sign in  |  Create a Rediffmail account
Rediff.com  » News » US says time for Pak to hedge bets on terror groups over

Hardening its stance on terror safe havens in Pakistan, the United States has made it clear to Islamabad that time is over for hedging its bets on terror groups like Haqqani network, the Afghan Taliban or the LeT against India.

Warning Islamabad that it is losing "sovereignty" by the actions of these groups, Secretary of State Hillary Clinton has said, "What we've said to the Pakistanis is look, if there were ever an argument in the past for your policy of hedging against Afghanistan by supporting the Haqqani Network or the Afghan Taliban or the LeT against India, those days are over."

Appearing on the Charlie Rose Show along with former Secretary of State James Baker on Wednesday, Clinton likened the presence of these groups in Pakistan as keeping "poisonous snakes in the backyard, convinced they'll only attack the neighbours."

"That is not what is happening inside Pakistan," she said, adding, "They are losing sovereignty. They have large areas that are ungoverned. They've had a rash of terrible attacks. More than 30,000 Pakistanis have been killed in the last decade."

"They talk a lot about sovereignty. Well, the first job of any sovereign nation is to protect your own people and secure your own borders. Therefore that's what they should be doing, and by doing so they would help themselves first and foremost, help the Afghans, help us, and others," Clinton said.

Pakistan, Clinton said, has to be willing to recognise that as the US withdraws from Afghanistan, it is in their interest to have a strong, stable Afghan Government that only can come from being part of the solution, being at that table and to try to help with Afghanistan's economic and political and security development, rather than "doing everything possible to try to undermine" it.

Talking on 'Conversations on Diplomacy', the American Secretary of State touched all aspects of current strained ties with Islamabad, acknowledging that her country's relationship with Pakistan has been challenging for a long time.

"So these are big issues that they have to come to grips with, and that's not even mentioning the need to prevent nuclear proliferation or a nuclear incident that could occur because of the problems within their own system," Clinton said.

Clinton admitted that "There's a lot of concern looking back. We did a great job in getting rid of the Soviet Union out of Afghanistan. But I think a lot of us looking back now, perhaps we should have been more involved in the aftermath of what was going to happen to the Pakistanis.

She said Pakistan had embraced a kind of jihadi mentality in part to stimulate fighters both from the outside and within Afghanistan.

"So we are living with a country that has a lot of difficult issues both for themselves and then for us and others."

She said, "But here's what I would say. First of all, I completely agree it is not in our interests to cut off our relationship.

"It is in our interest to try to better direct and manage that relationship, and there are several things that we're asking the Pakistanis to do more of and better," she said.

"Number one, they've got to do more about the safe havens inside their own country. I mean, everybody knows that the Taliban's momentum has been reversed, territory has been taken back, the Afghan Security Forces are performing much better, but the extremists have an ace in the hole.

Echoing Clinton's words, General Martin Dempsey, Chairman of the US Joint Chiefs of Staff said, Pakistan was facing a huge internal challenge that "could have caused it to fail".

But he said, "No one believes that a failed Pakistani state would be a good thing for the world, let alone the region" as it "sits in an extraordinarily important geostrategic location in a very challenging part of the world."

The American General admitted that "Pakistan is our most complex relationship." But in the same strain said Washington is committed to improve these strained ties.

Speaking an event at the National Press Club, Dempsey said though the relations were complex, "but it's an important relationship."

The comments from the US top officials come at a time when the US is negotiating with Pakistan on reopening of ground lines of communication (GLOCs).

The General said that the US remained committed to promoting peace in the region in the wake of roughly 44,000 civilian and 14,000 military deaths there since 9/11.

The Pentagon official said he had met yesterday with the Pakistan's Ambassador Sherry Rehman to talk about some of the issues that "we confront".

"There's no question that our ability to achieve the outcomes we have established for ourselves in Afghanistan will be impacted by that border with Pakistan. However I want to remind ourselves, and I remind others, that we have an important relationship with Pakistan because of Pakistan.

Pakistan, he said, haven't been sitting outside much. "They also haven't been doing enough against the Haqqanis, and I was very clear about that. So this relationship is worth the effort. But we're at in a pretty low point right now," Dempsey said. 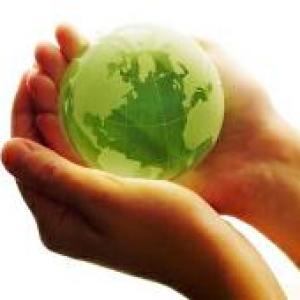