United States Secretary of State Hillary Clinton has warned Pakistan of "damaging consequences" over multi-billion gas pipeline with Iran, saying Islamabad could face sanctions if it went ahead with the ambitious project.

"We believe that actually beginning the construction of such a pipeline either as an Iranian project or as a joint project would violate our Iran sanctions law," Clinton told lawmakers at a Congressional hearing.

"We have been very clear in pointing out the consequences of building this pipeline," she said. She warned that sanctions could be triggered if the pipeline is constructed either as an Iranian project or a joint project with Islamabad.

"So, you know, we all know what the consequences of that are, and it would be particularly damaging to Pakistan because their economy is already quite shaky," she said.

The top diplomat said the additional pressure on Pakistan that "the United States would be compelled to apply would further undermine their economic status".

Clinton was responding to a question from Congressman Jerry Lewis on US response to Pakistan's insistence that it would go ahead with the Iran gas pipeline project. She made it clear that as the US was "ratcheting up pressure on Iran, it seems somewhat inexplicable that Pakistan would be trying to negotiate a pipeline."

Clinton said the US recognises that Pakistan has significant energy requirements, and for the last three years Washington has been working to help them upgrade their existing energy infrastructure, to look at potential new sources of energy. 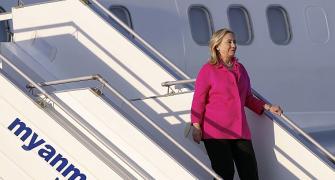 Iran sanctions: US goes 'blunt and intense' to PUSH India 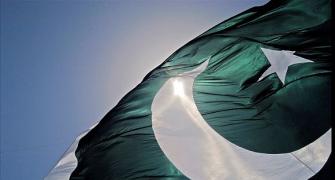