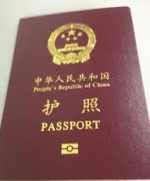 The United States said it does not endorse the new "controversial" Chinese map on its passport, which depicts certain disputes territories as its own, causing a major diplomatic row in the region including with India.

"No, it is not an endorsement. Our position, as you know on the South China Sea continues to be that these issues need to be negotiated among the stakeholders, among ASEAN and China, and you know a picture on a passport doesn't change that," US State Department spokesperson Victoria Nuland, told reporters at her daily news conference.

The new Chinese passport maps show Arunachal Pradesh and Aksai Chin in Jammu and Kashmir -- the regions of Indo-China border dispute as a part of China. Also, the maps stake claim to several disputed border areas with Philippines, Vietnam, Taiwan, Brunei and Malaysia. The Diaoyu or Senkaku islands, which have been the reason of dispute between Japan and China were also marked as Chinese territory in the maps.

Responding to questions on this issue, Nuland said her understanding is that there are certain basic international standards that have to be met in a passport. "You know stray maps that they include aren't part of it," she said.

"As a technical legal matter, that map doesn't have any bearing on whether the passport is valid for US visa issuance or for entry into the United States...," she said.

"I'm not sure whether we've had a chance to have that discussion with the Chinese, frankly, the first time this issue came to the attention of some of us was over the weekend when the passports started being rejected in various countries," she said.

"So presumably from the perspective that it is considered provocative by some of those countries, we'll have a conversation about it, but in terms of the technical issue of whether the passport is...," she said.

"I would expect that we'll probably have a conversation about the fact that this is considered difficult by some of the countries," Nuland said.