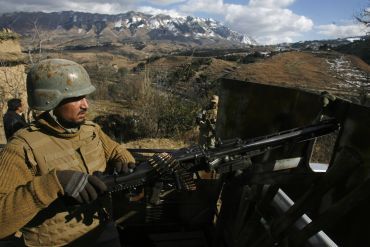 Arguing that Pakistan will remain a key player in counter terrorism post-2014, the United States has proposed $280 million in military assistance to the country, although it wants to cut civilian aid in an effort to acknowledge India's concerns about misuse of the funds.

Mrred by financial constraints, the Obama administration has proposed to substantially cut civilian aid to Pakistan to $46 million for the next fiscal year as against $703 million in 2013, which among other things the State Department argued is aimed at improving ties with India.

"The Overseas Contingency Operations resources will support critical US activities such as sustaining close cooperation with Pakistan, ensuring the safety of Pakistani

nuclear installations, working with Pakistan to facilitate the peace process in Afghanistan, and promoting improved relations with India," the state department said as it proposed $446 million in civilian aid to Pakistan.

"FY 2015 funding for Pakistan is crucial to meeting key US strategic priorities of combating terrorism, strengthening security in both Pakistan and the region, and maintaining stability in Afghanistan post-transition," the department said.

"Pakistan will remain a key player in US counter terrorism and nuclear nonproliferation efforts in FY 2015, as well as in our long-term objectives of economic development and stability in the region," the State Department said in its annual budget proposals to the Congress.

"Developing an enduring and collaborative relationship with an increasingly stable and prosperous Pakistan that plays a constructive role in the region will therefore  continue to be a priority for the United States," the state department said proposing USD 100 million to Pakistan under the economic support fund for the fiscal year 2015.

Under the foreign military financing category, the US maintained $280 million in military aid to Pakistan for the fiscal year 2015 beginning in October 2014.

Given the ongoing transition in Afghanistan and continued terrorist attacks against civilian and military targets throughout Pakistan, FMF is essential to Pakistan's efforts to increase stability in its western border region and ensure overall stability within its own borders, the department said.

"The $280 million Pakistan requests will enhance the Pakistan army, Frontier Corps, the air force, and the navy's ability to conduct counter insurgency and counter terrorism operations against militants throughout its borders and will improve Pakistan's ability to deter threats emanating from those areas, and encourage continued US-Pakistan military-to-military engagement," the state department said

The OCO supports a robust diplomatic presence and critical assistance programmes to support the government and its people following Pakistan's first democratic transition.

"These funds will help facilitate increased stability and prosperity in this strategically important nation and will enable us to sustain a presence necessary to achieve  essential strategic priorities of eliminating terrorism and enhancing stability in Pakistan and the region following the transition in Afghanistan," it said.

Pakistan lies at the heart of the US' counter terrorism strategy, the peace process in Afghanistan, nuclear non-proliferation efforts, and economic integration in South and Central Asia, it said. 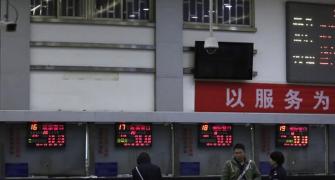 'Battle against Xinjiang militants tougher than ever' 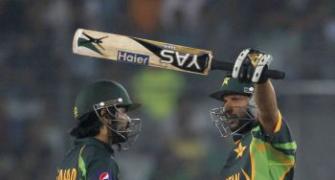 Pakistan edge past Bangladesh; India knocked out of Asia Cup 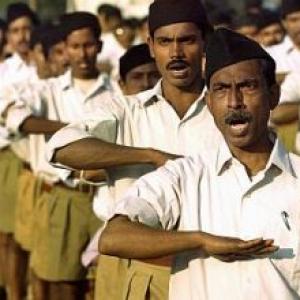