US passes bipartisan legislation to bolster defence ties with India 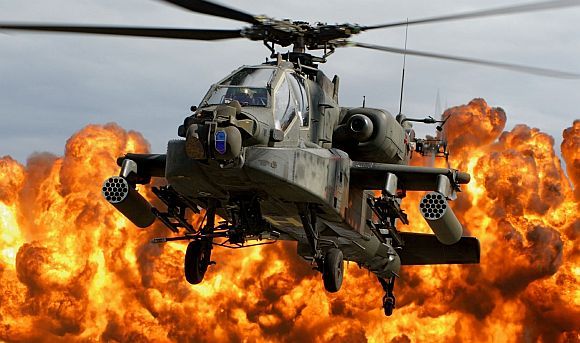 The US House of Representatives has approved a bipartisan legislative move to bolster defence ties with India and bring it at part with other NATO allies in terms of sale of defence equipment and technology transfer.

"It seeks to promote greater defence trade and encourage additional military cooperation between the United States and India," Congressman George Holding said on the floor of the House of Representatives in favour of the amendment in this regard in the National Defence Authorisation Act (NDAA)-2017.

"I believe that by requiring our government to take actions such as strengthening Defence Technology and Trade Initiative and encouraging combined military planning with India, we can make certain that the US-India defence relationship endures," Holding said.

"Mr. Chairman, given the dynamic nature of the Indo- Pacific region and its importance to our own national security and future economic growth, now is the time to build on recent successes and propel the US-India strategic partnership forward," Holding said.

For the US, it encourages the executive branch to designate an official to focus on US-India defence cooperation, facilitate the transfer of defence technology, maintain a special office in the Pentagon dedicated exclusively to the US-India Defence Technology and Trade Initiative.

It urges the US government to enhance India's military capabilities in the context of combined military planning, and promote co-production/co-development opportunities.

For India, it encourages the government to authorise combined military planning with the US for missions of mutual interest such as humanitarian assistance and disaster relief, counter piracy, and maritime domain awareness.

It is only when it is passed by the Senate and the House as part of the NDAA-2017, it will head to the White House for US President Barack Obama to be signed into law.

The move has been welcomed by the US-India Business Council.

"Now that we have bipartisan support from the House Foreign Affairs Committee and the House India Caucus, we believe this amendment has a good chance of making its way into the House's version of the defence authorisation bill," said USIBC president Mukesh Aghi.

Among other things, the House legislative approval requires the Secretary of Defence and Secretary of State to jointly take such actions as may be necessary to recognise India's status as a major defence partner of the US.

It calls for approving and facilitating the transfer of advanced technology, consistent with US conventional arms transfer policy, to support combined military planning with the Indian military for missions such as humanitarian assistance and disaster relief, counter piracy, and maritime domain awareness missions.

"The Secretary of Defence and Secretary of State shall jointly, on an annual basis, conduct an assessment of the extent to which India possesses strategic operational capabilities to support military operations of mutual interest between the United States and India," it said.