Indian Navy gets 2 multi-role helicopters from US

In yet another sign of strengthening India-United States defence relationship, the US Navy has handed over the first two MH-60R Multi Role Helicopters (MRH) to the Indian Navy to bolster its capabilities to ward off regional threats and to strengthen homeland defence. 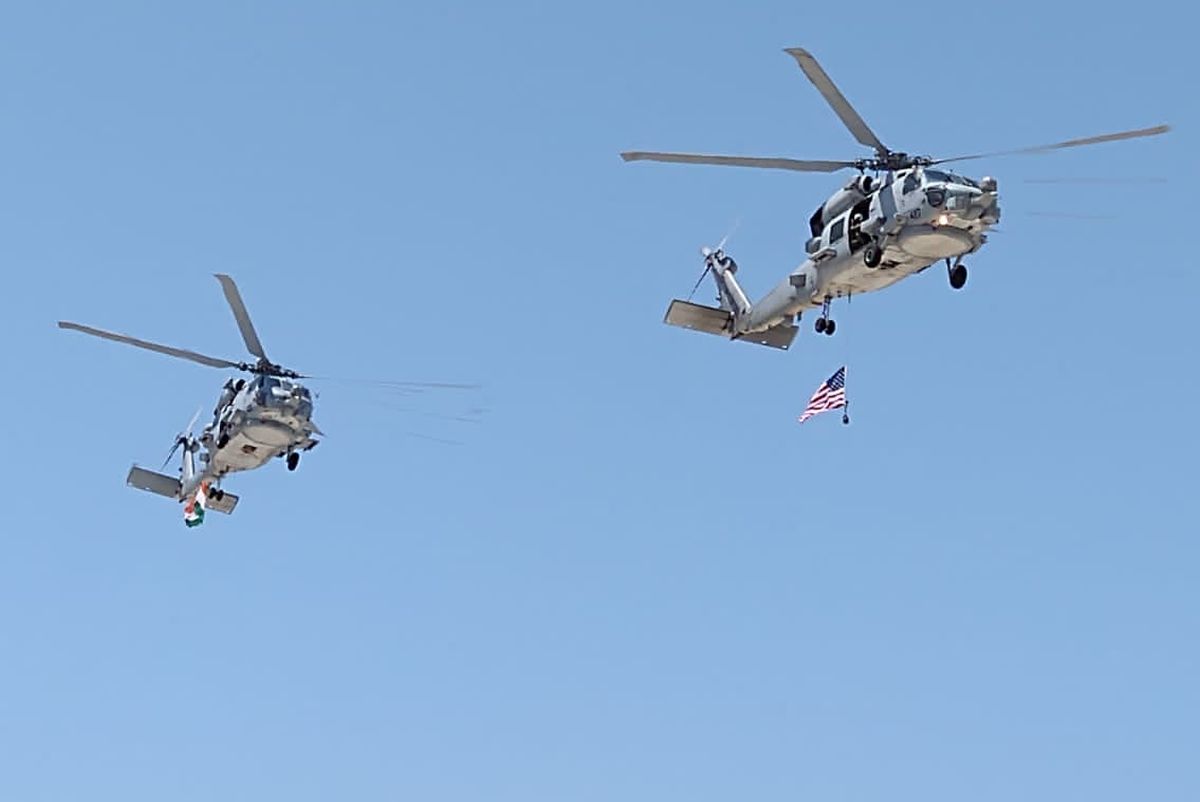 The Indian Navy is procuring 24 of these helicopters manufactured by Lockheed Martin under foreign military sales from the US government at an estimated cost of USD 2.4 billion.

A ceremony was held at the Naval Air Station North Island or NAS North Island, San Diego on Friday that marked the formal transfer of the helicopters from US Navy to Indian Navy. It was attended by India's Ambassador to the US Taranjit Singh Sandhu.

Sandhu said the induction of the all-weather multi role helicopters is an important milestone in India-US bilateral defense ties.

“India US friendship Touching the Skies!” he said in a tweet. He noted that the bilateral defence trade has expanded to over 20 billion dollars in the last couple of years.

Going beyond defence trade, India and the US are also working together on co-production and co-development of defense platforms, he said.

Sandhu also highlighted reform measures that have been undertaken by India in the defense sector in recent times that have opened up new opportunities for foreign investors.

The MH-60R helicopter is an all-weather maritime helicopter designed to support multiple missions with state-of-the-art avionics. 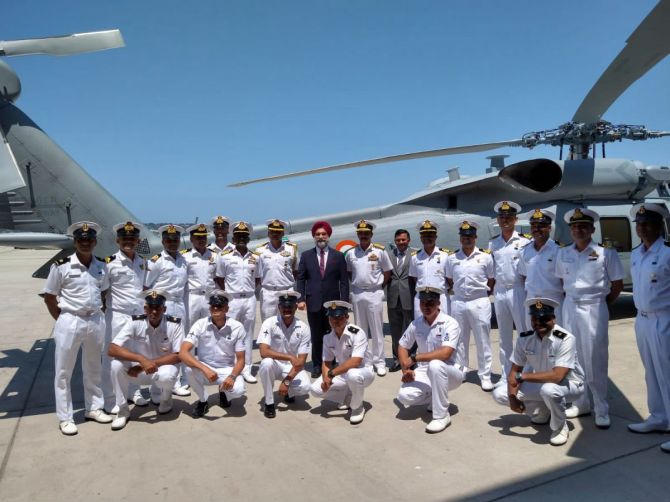 The induction of these MRH would enhance Indian Navy's three-dimensional capabilities. The helicopters would also be modified with several unique equipment and weapons.

The first batch of the Indian crew is presently undergoing training in the US.

According to the Department of Defense, the proposed sale will provide India the capability to perform anti-surface and anti-submarine warfare missions along with the ability to perform secondary missions including vertical replenishment, search and rescue, and communications relay.

India will use the enhanced capability as a deterrent to regional threats and to strengthen its homeland defence. India will have no difficulty absorbing these helicopters into its armed forces, it had said in a communication to the Congress in April 2019.

The Indian cabinet had cleared the purchase of the helicopters in February 2020, weeks before the historic visit of the then US President Donald Trump.

Photographs: @SandhuTaranjitS/Twitter
Lalit K Jha
© Copyright 2021 PTI. All rights reserved. Republication or redistribution of PTI content, including by framing or similar means, is expressly prohibited without the prior written consent.