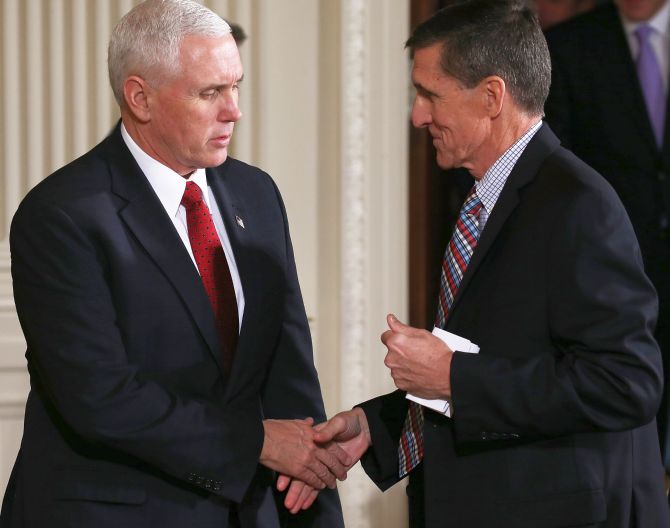 United States President Donald Trump’s embattled national security adviser Michael Flynn on Tuesday resigned, amid allegations that he discussed US sanctions against Russia with its envoy before Trump’s inauguration.

Flynn’s resignation came after reports that the Justice Department warned the Trump administration last month that he misled administration officials regarding his communications with the Russian ambassador to the US and was potentially vulnerable to blackmail by the Russians.

Flynn, one of the early backers of Trump during his presidential run, remained in the top position of National Security Adviser for just three weeks.

Flynn, a retired Army lieutenant general, in his resignation letter released by the White House, apologised to President Trump and Vice President Mike Pence for briefing them with incomplete information on his talks with the Russian Ambassador before the swearing in.

“In the course of my duties as the incoming National Security Adviser, I held numerous phone calls with foreign counterparts, ministers, and ambassadors. These calls were to facilitate a smooth transition and begin to build the necessary relationships between the President, his advisers and foreign leaders. Such calls are standard practice in any transition of this magnitude,” Flynn wrote in the resignation letter.

“Unfortunately, because of the fast pace of events, I inadvertently briefed the Vice President Elect and others with incomplete information regarding my phone calls with the Russian Ambassador. I have sincerely apologised to the President and the Vice President, and they have accepted my apology,” Flynn said.

Flynn said he knows with the strong leadership of President Donald Trump and Vice President Pence and the superb team they are assembling, this team will go down in history as one of the greatest presidencies in US history.

“I firmly believe the American people will be well served as they all work together to help Make America Great Again,” he said.

Flynn’s replacement General Kellogg is a decorated veteran of the US Army, having served from 1967 to 2003, including two tours during the Vietnam War, where he earned the Silver Star, the Bronze Star with “V” device, and the Air Medal with “V” device.

Prior to his retirement, General Kellogg was Director of the Command, Control, Communications, and Computers Directorate under the Joint Chiefs of Staff.

According to The Wall Street Journal, the Justice Department warned the Trump administration last month that intercepts contradicted Flynn’s denials that he had discussed sanctions with a Russian ambassador.

“The message was meant both to advise the administration of the apparent contradiction and to let them know that the discrepancy could, in theory, be used as blackmail by Russia against Flynn someday, according to this person,” the daily said.

The warning was first reported in The Washington Post.

The Washington Post said Kellogg is one of three candidates Trump is considering as a permanent replacement for Flynn. The other two are David Petraeus, a former CIA director and retired general and Vice Adm Robert Harward, a former deputy commander of the US Central Command, the daily reported.