The United States on Thursday issued a global travel alert to its citizens and urged them to exercise caution, amid fears of violent reaction by radical groups against the proposed burning of the Quran by a Florida Pastor.

"The Department of State is issuing this travel alert to caution US citizens of the potential for anti-US demonstrations in many countries in response to stated plans by a church in Florida to burn Qurans on the anniversary of the September 11, 2001 terrorist attacks," the State Department said in a travel alert.

Demonstrations, some violent, have already taken place in several countries, including Afghanistan and Indonesia, in response to media reports of the church's plans, the travel alert noted.

"The potential for further protests and demonstrations, some of which may turn violent, remains high," it warned.

"We urge you to pay attention to local reaction to the situation, and to avoid areas where demonstrations may take place," it said.

This 'Travel Alert' expires on September 30, the statement said and reminded American nationals of the continuing threat to US interests and them posed by various terrorist groups, as outlined in the Department's worldwide caution.

"US government facilities worldwide remain at a heightened state of alert. These facilities may temporarily close or periodically suspend public services to assess their security posture," the alert said.

It said the US embassies and consulates will make every effort to provide emergency services to US citizens.

"US citizens abroad are urged to monitor the local news and maintain contact with the nearest US Embassy or Consulate," the travel alert said.

What the White House plans to do

The US administration is seriously considering the option of directly reaching out to the Florida pastor to call off a planned Quran burning on the anniversary of 9/11 attacks, amid growing fears it will unleash a wave of violence.

The White House said burning of the religious book is a "hateful act", and acknowledged that this would be a set back to recent American efforts to change its image in the Muslim world.

"There are discussions inside of the government about the possibility of doing that," said Robert Gibbs, the White House spokesman when asked about the statement given by the Florida Pastor that he may reconsider his decision to carry out the inflammatory decision on the ninth anniversary of 9/11 if he was approached by the White House. 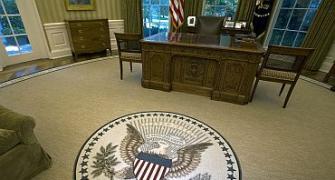 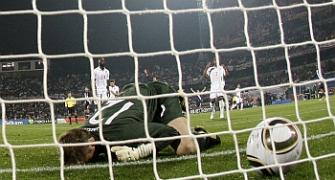 US warns citizens of India travel for CWG