The United States is closely following India's legislation regarding the new territorial status and governance of Jammu and Kashmir, a State Department official said, hours after Pakistan expelled the Indian envoy and downgraded its diplomatic ties. 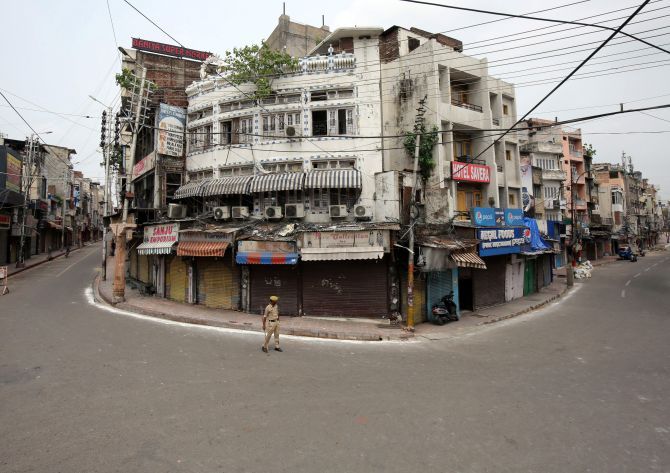 The developments came after the Indian Parliament on Tuesday approved a resolution abrogating special status to Jammu and Kashmir under Article 370 of the Constitution and a bill for splitting the state into two Union territories -- Jammu and Kashmir, and Ladakh.

"The US is closely following India's legislation regarding the new territorial status and governance of Jammu and Kashmir. We note the broader implications of these developments, including the potential for increased instability in the region," said a State Department spokesperson.

The spokesperson was responding to a question on the situation in the region after Pakistan on Wednesday expelled Indian High Commissioner Ajay Bisaria and downgraded the diplomatic ties with India over what it called New Delhi's "unilateral and illegal" move to revoke the special status of Jammu and Kashmir.

On Wednesday, the US had also said there was an "urgent need" for dialogue among all actors to reduce tensions and to avoid a potential military escalation in South Asia.

The State Department spokesperson said that "the US calls for calm and restraint by all parties".

"We urge respect for individual rights, compliance with legal procedures, and inclusive dialogue with those affected."

The US, the spokesperson said, calls on all parties to maintain peace and stability along the Line of Control, including "taking firm and resolute steps" to combat cross-border terrorism.

"We continue to support direct dialogue between India and Pakistan on Kashmir and other issues of concern," the spokesperson said.

India has maintained that Jammu and Kashmir is its integral part and the issue of withdrawing special status to the state and its bifurcation are strictly internal to the country.