US conveys concerns to India over religious violence 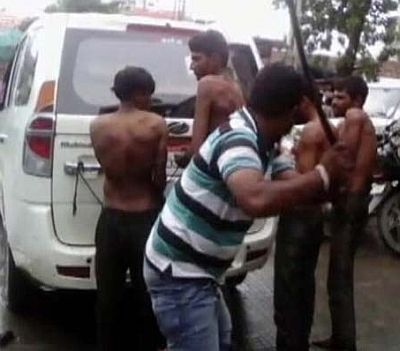 The United States on Wednesday said it has been clear in conveying its concerns whenever the Indian government was "slow" in reacting to incidents of religious violence and cow vigilantism.

"We have been clear in our engagement with India about our concerns about those times when the government has been slow to react when violence has taken place, and some of those controversies over the cows -- are an example of that," US Ambassador at Large for International Religious Freedom, Rabbi David Nathan Saperstein, told reporters at a news conference.

The US has been "clear" about its view of what is needed and its willingness to be supportive in confronting the challenges to religious freedom that need to be addressed there and when the government has been "slow to react", urging them to be more assertive on that, Saperstein said.

"He (Modi) has promised to ensure that 'everyone has the' -- I'm quoting him now -- 'the undeniable right to retain or adopt religion of his or her choice without coercion or undue influences', responding to some of the attacks on Christians because they are seen as proselytising and encouraging others to convert," he said.

"And we'll continue to be supportive of those efforts where he is acting in accordance with the international obligations of India in these regards," he said.

Saperstein also reiterated the remarks made by US President Barack Obama when he visited India last year.

"President Obama travelled to India. He gave a major public speech in which he was very clear about the need for religious freedom in India that could be exercised without people being subject to violence, urging the government to ensure that all people were able to safely live out their religious lives," he said.

Saperstein's remarks come amid a slew of incidents of cow vigilantism in India.

India's home ministry issued an advisory on Tuesday asking all states not to tolerate anyone taking law into their hands in the name of protecting cow and take prompt action against such offenders.

The advisory came two days after Prime Minister Modi denounced cow vigilantes and asked the states to severely punish them.