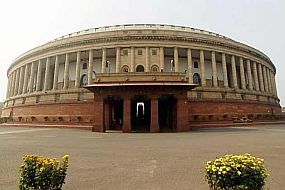 Rajya Sabha was adjourned twice during Question Hour on Monday as the Congress created uproar saying there were inconsistencies in government statements on the World Trade Organisation though Finance Minister Arun Jaitley asserted there was no contradiction.

Jaitley said his party Bharatiya Janata Party had in December last year raised inconsistencies in the pact the previous United Progressive Alliance government had signed in WTO meeting in Bali and it stood by it.

Prime Minister Narendra Modi had on Saturday hit out at the UPA for allegedly sacrificing the interest of poor people in the Bali deal. In contrast, the new government stood firm on food security at the recent Geneva round of WTO negotiations, Modi had said.

The Congress on the other hand said it had taken a tough stand on food security in the WTO meeting and Modi was contradicting what Commerce Minister Nirmala Sitharaman had said on the floor of the House.

"There is no contradiction in what the Commerce Minister and the Prime Minister have said," Jaitley said when the House reassembled after a 10-minute adjournment forced by the Congress.

Chairman Hamid Ansari said the issue can be taken up after the Question Hour but as Congress members were unrelenting, he adjourned the House till noon.

Soon after the House mourned the death of former member Ekanath K Thakur, former Commerce Minister and senior Congress leader Anand Sharma said he had given a notice for suspension of Question Hour to take up discussion on contradictions in government statements. He said there was contradiction between what the commerce ministry had said in the House on August 5 and what the prime minister said on Saturday.

Parliamentary Affairs Minister M Venkaiah Naidu said the issue can be taken up after Question Hour. But Sharma and other Congress members were unrelenting. "Is the prime minister correct or the minister for commerce and industry," Sharma asked.

Ansari said nothing could be heard in the din and appealed to members to allow Question Hour to be taken up.

Minister of State for Parliamentary Affairs Prakash Javadekar said there was no difference and the PM had said exactly the same thing as the commerce minister. "You betrayed the farmers, we protected farmers," he said.

Amid uproar, Ansari adjourned the House for 10 minutes. When the House reassembled, similar scenes were witnessed.

Leader of the Opposition Ghulam Nabi Azad said the stand that India took at Bali was appreciated across the world on the issue of food security and stocking food for that.

Sitaram Yechury of the Communist Party of India-Marxist said what was stated in the House has been contradicted by the prime minister outside.

But, Jaitley said, "There is no contradiction. We stand by the statement made by the commerce minister."

Earlier when the House met, Ansari mentioned of passing away of Thakur on August 7 at the age of 73 years. 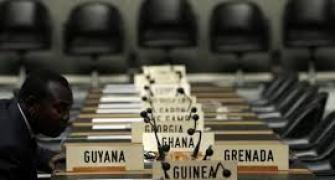 India's tough stand on WTO gets support from UN body 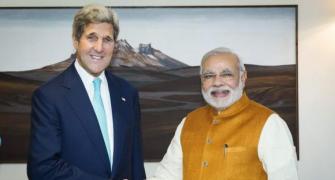 US says India refusal on WTO deal a wrong signal 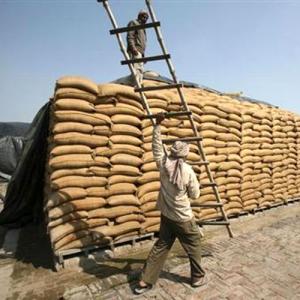 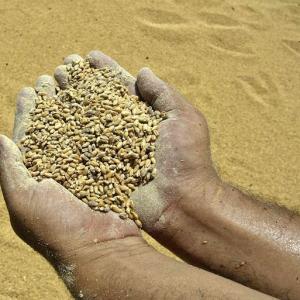