UPA may agree to vote on FDI to end Parliament logjam

An end to the ongoing logjam in Parliament on the issue of Foreign Direct Investment in retail on Wednesday appeared in sight, with the government giving enough hints that it has no problem over a vote on the issue.

In an effort to break the impasse, Parliamentary Affairs Minister Kamal Nath, along with his deputy Rajiv Shukla, held a meeting with Leader of Opposition in Lok Sabha Sushma Swaraj and her Rajya Sabha counterpart Arun Jaitley.

"Presiding officers can take any decision they want to in the interest of running Parliament," Nath said after the meeting.

Insisting that numbers were not a worry for the government, he said that the members of Parliament are responsible enough to decide (in favour of the issue).

Replying to questions, he dismissed suggestions that the government has wasted four days of the winter session to decide on the issue, as it did not have the numbers.

"From day one I have said we have the numbers," he said to a question on whether the government was ready for a vote only after key ally Dravida Munnettra Kazhagam came on board.

The meeting with the Leaders of the Opposition saw the Bharatiya Janata Party insisting on a discussion under a rule that entails voting, alleging that the government had committed gross neglect of Parliament by not adhering to its commitment of consulting all stakeholders before taking a decision on FDI in multi-brand retail.

In such a situation, the only way the sense of the House could be gauged was through voting, Swaraj told reporters after the hour-long meeting.

Her contention was that even if such a vote went against the ruling coalition, it would not lead to the fall of the government but would only show the view of Parliament on the FDI issue.

"The government will not fall. Only FDI (decision) will have to go. If majority of members are against the decision, then the government should abide by it," Swaraj said.

As against this, Nath argued that the all-party meeting held on Monday showed that larger numbers favoured a discussion without voting. The meeting also saw most of the parties seeking smooth functioning of Parliament.

Nath said the government "cannot accept (discussion under Rule) 184. We have left it to the presiding officers to decide. Let them take any decision they want in the interest of running the House".

Asked if the government was ready for voting on FDI as the opposition is firm on its stand, Nath said, "We are not averse to it."

To a query on whether the government was setting a bad precedent by holding a vote on an executive decision, the minister said, "There are many precedents. A House behaving like this was also not there. Rules are very clear. We are not worried. The government is confident of the steps, of our policies."

Besides BJP, the Left parties, Biju Janata Dal, All India Anna Dravida Munnetra Kazhagam and the Telugu Desam Party have demanded that the discussion on FDI should be followed by voting.

While in Lok Sabha, the government appears to be comfortably placed in the numbers game with promises of support from the Samajwadi Party, the Bahujan Samaj Party and DMK's open backing.

Trinamool Congress, with 19 MPs, has also been cold towards the Opposition's demand for a vote on the issue.

In the Lower House, at present, the UPA enjoys the support of nearly 265 MPs in the Lok Sabha, which has 545 members. With the support of SP (22) and BSP (21), the backing for the ruling coalition goes a little over 300, which is comfortable over the required 273.

In Rajya Sabha, where the UPA coalition does not have the numbers on its own, it may have problems in case of a vote.

The ruling coalition may have to persuade outside supporters BSP (15) and SP (9) to positively vote with the government to avoid any last-minutes hitches. 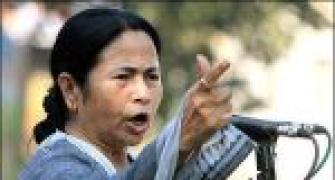 Trinamool stand on FDI only after Speaker takes decision 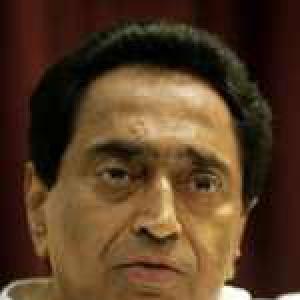