UP polls: Voters seek right to 'reject' in Gorakhpur

In a unique case, some voters sought to exercise their right to reject during the course of polling in Gorakhpur on Saturday.

However, in the absence of such a right in the electoral laws, they were allowed to put on their record their decision to abstain from voting because they did not consider anyone in the fray deserving enough.

Polling officials were taken by surprise when some half a dozen voters came down to their polling booths and demanded endorsement of their right to reject all candidates in the fray in Gorakhpur.

The incident was witnessed at the polling booth in Janata Intermediate College in Chargava locality of Gorakhpur where 60-year-old Draupadi Mani Tripathi, her son Dr Dhananjay Mani Tripathi and daughter-in-law Nutan Tripathi went up to the presiding officer seeking to exercise their right to reject under the provisions of Rule 49 (O) of the Representation of People's Act.

Even though such a right was not enshrined in the ballot system, the rule prescribes for a register to be kept at polling stations in which any voter is entitled to express his wish not to vote for any of the candidates in the fray.

"We do not find anyone listed in the ballot sheet capable to be elected as our representative. Therefore we wish to reject all of them. Kindly put this on record," the three members of the Tripathi family explicitly stated in the register.

Close on their heels, three other young men from the locality also followed course at the same polling centre. These were Himanshu, Mohan and Ankit -- all in their twenties -- who felt "each of the contestants in the fray were undeserving."

Asked to comment, UP chief electoral officer Umesh Sinha told rediff.com, "Rule 49 (o) entitles a voter to put on record that he or she wishes to abstain from voting; and this is formally taken into account in the electoral records." 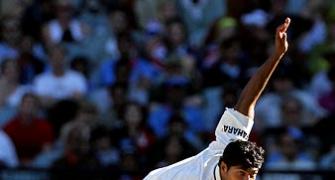 I took wickets, but gave away too many runs: Umesh Yadav
Amarmani Tripathi sent back to jail after 3 months 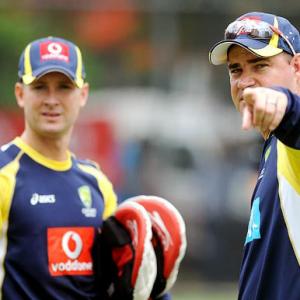